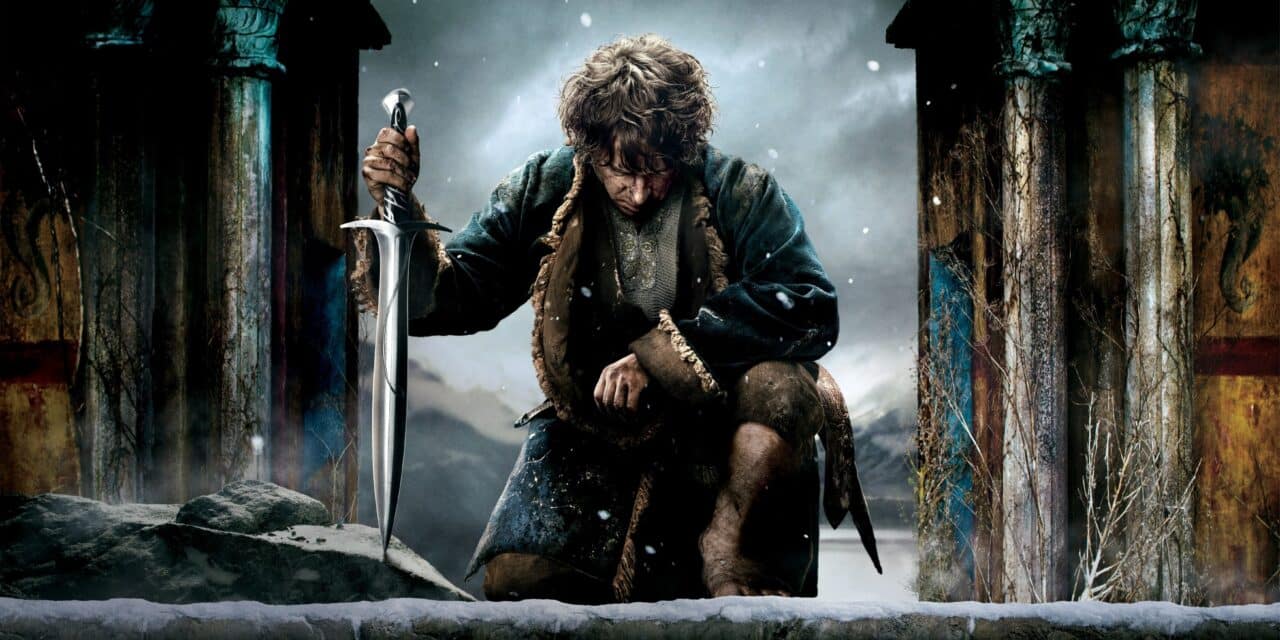 Middle-earth is a vast world, very well characterized and full of events (this article can be as helpful as a compass). So even weapons play an important role in Tolkien's narrated stories. An aspect, however, which takes on a particular and different value compared to the topoi of the genus. The weapon, in Middle-earth, has value not only as a weapon that the character wields, but also in other deeper aspects.
Weapons, in Middle-earth, take on many values. It would take a whole book to talk about it, here, therefore, I will limit myself to two aspects that I consider fundamental.

The weapon as a family legacy. Remembrance and awareness

Many weapons in Middle-earth are passed from father to son. They thus become a symbol not only of dynastic and prestige, capable of manifesting the power and antiquity of the family, but they transmit very specific memories and values.

Let's think about Narsil, the future Sword that Was Broken, with which Elendil fought in Mordor against Sauron and which broke when he fell. That sword is an ancient family inheritance, because it has been preserved for centuries by King of Nùmenor Then, towards the end of the Second Era, it was sent to Andùnie's house, the one which was headed by Elendil himself. From there, although only in fragments, the sword will reach Aragorn, as we read in The Lord of the Rings, who will have it forged again as Anduril, or Flame of the West.

As you can see, this sword does not only symbolize a family inheritance, it is precisely the value of that family. A bloodline founded on respect for the Valar and friendship with the Elves. Passing on the sword, therefore, also means transmitting the memory of what one was in order not to forget it and always remain faithful to those ideas. Without the memory of what that sword meant, in my opinion, Aragorn could hardly have been the person he was: friend of the Elves and Gandalf, keeper of the little Hobbits and the one who rejects the Ring.

And of course, the sword also assumes the same value goad, found by Bilbo in the Troll Cave in The Hobbit. This is passed on to Frodo and in the most dramatic moments to Mordor even to Sam. On that occasion the sword is not just a family inheritance and a useful gift to get by in terrible and dangerous moments. It is precisely the awareness of what possessing it entails. Do great feats when you least expect it, in the style of the Hobbits, be it against the Orcs in Moria, against the spiders in Mirkwood or in Shelob's lair against the terrible monster. Because, as Bilbo says:

Even if you are far away the Hobbits should always remain united, and especially the Baggins.

The fairy weapon in Middle-earth. Gift and curse at the same time

A very particular type of weapon is the "fairy" weapon, with magical properties and often also able to speak. This type of weapon is often found in the myths and legends of Europe. Tolkien, great rewriter of myths and legends according to his taste, inserts this typology giving it a double value.
As a gift, because in any case such a sword can come to be challenged only if someone decides to give it to you freely. As a curse, because swords of this type have feelings. The hand that in fact holds them also influences the weapon and what it feels, depending on the behavior of the owner.

In the Sons of Hùrin we make the acquaintance of the sword Anglachel, "made of iron fallen from the sky like a shining star; she could cut through all the iron dug out of the earth ". It was made by Eol, the Dark Elf, who gave it to King Thingol "as a reward, but he did it reluctantly, to let him live in Nan Elmoth ". Eventually, Thingol gave it to Elf Beleg, because to look for Tùrin who was gone. A mighty sword was needed to face the dangers of the First Age, which were everywhere. But that was a strange sword, as Melian the Maia quickly realized:

"There is malice in this sword. The heart of the blacksmith who forged it still lives there and that heart was dark. He will not love the hand of the one who will serve, nor will he stay with you long ”.

As you can see, the sword is not a simple object, but an extension of the person. The blacksmith influences its characteristics, because his heart was partly evil, and such a sword hardly brings good to its bearer. In fact, later, when Beleg tries to free Tùrin, the sword will betray him, causing him to involuntarily injure his friend, who will take Anglachel from his hands and then kill him, believing him to be an Orc. Powerful but cursed sword, therefore, which kills the one who wields it. And it will not be the last time, because Tùrin will also be a victim. He will do no good in reforging her like Gurthang, Iron of Death. The black heart of Eol, almost a wizard among the Elves, will continue to influence the sword. The fact that Turin uses it not only to kill Orcs, but also an innocent man like Brandir will make the situation worse.

In fact, when Turin finally discovers the terrible truth about himself and his beloved Nìniel - they were none other than brother and sister - and decides to kill himself, Gurthang / Anglachel will finally speak, accusing Turin of his evil deeds. Tùrin, as if he sensed the particular abilities and powers of that sword, talks to us like a person:

"Hello, Gurthang, Iron of Death, you alone remain with me! But what loyal lord do you know, save the hand that holds you? No blood repels you! Do you want to drink also that of Tùrin Tùrambar? Do you want to kill me quickly? ". And from the blade came a cold voice in response: “Yes, I want to drink your blood, so that I may forget the blood of Beleg my master, and the blood of Brandir, slain unjustly. I'll kill you quickly ".

As you can see, Gurthang has feelings. He knows that Beleg was the best owner he ever had, and he seems to regret it. At the same time, however, he is also the voice of Tùrin's conscience, because he reminds him of the unjust death of Brandir the Lame.

Conclusions on the Weapons of Middle-earth

In short, be it an ax or a sword, in Middle-earth a sword is never just a sword! And do you know any famous weapons of Middle-earth? Which is your favorite? Write it to us in the comments. And if you are interested in knowing a little better about weapons and how to wage war, we recommend you this volume purchasable on Amazon! 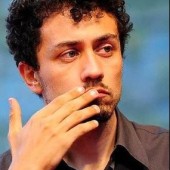 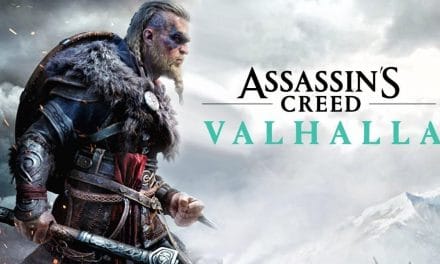 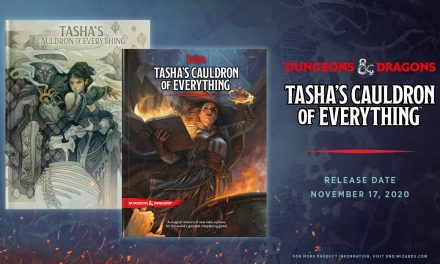 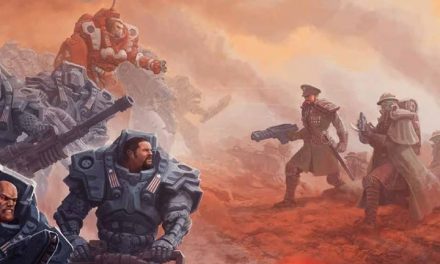 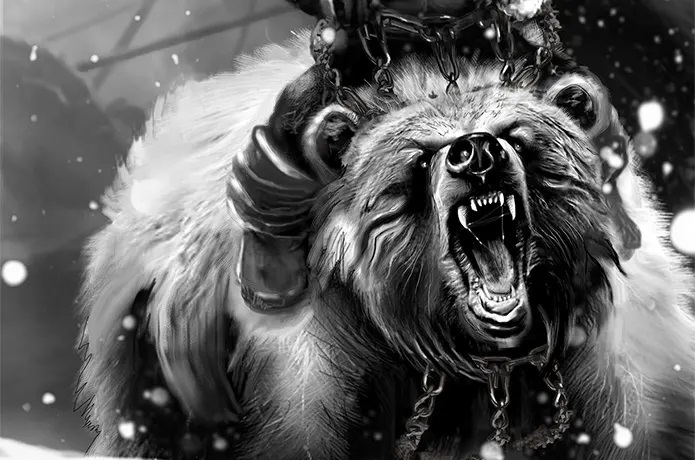