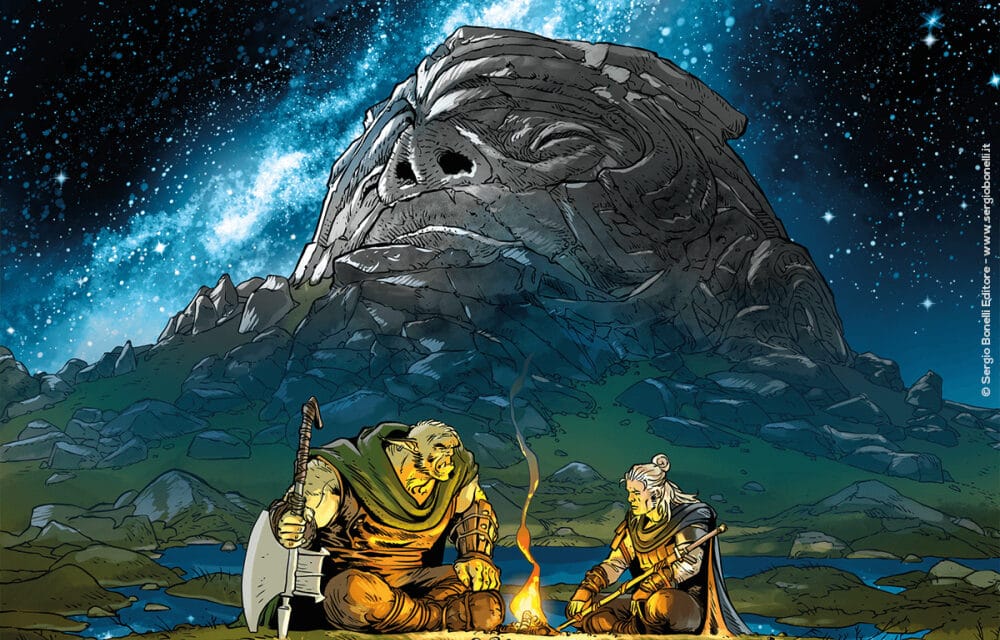 Curious to find out what is "Told at nightFrom Ian and Gmor?
And also this time I'm on the wire of delay with the review. However, there is still a week before the February release, so I can still consider myself "on time" ...
As usual, those interested in the history of the "Dragonero the Rebel" of the Sergio Bonelli Editore can find it in this article summary.
Go with the intro!

"...
Nothing on earth stays forever
But none of your deeds were in vain
Deep in our hearts you will live again
You're gone to the home of the brave
... "

Gmor is in his hermitage, there somewhere in the Erondár, when the loss of a bet forces him to open wide the doors of memories that instead we would like to keep guarded in special and intimate places of our soul.

What, then, is hidden that is so reserved in that old book with its worn leather cover? What secrets will they hide inside? Maybe just something he and Ian told in the dark of night, at a particular moment in their lives, when the Empire was fighting hard to defend itself from a ruthless invader ...

I must admit candidly that, at a first reading, this book has left me slightly doubtful. Perhaps due to the different deadlines I had, perhaps due to a slightly fluctuating mood, I placed myself in a not very proactive way towards yet another story chopped composed of several events. The thing that at first made me turn up my mouth the most, was that the events told, albeit introduced by Old Man Gmor tells, they were even set in a pre-Rebellion period!

It took a few more reading, and a little further effort in analyzing the various levels, to understand that the story, although broken down like shattered glass, was pervaded in every page by a profound sense of remember.

The memory of Old Man Gmor, at the time of the final leave a Yeraban Sara, the Commander of the Imperial Scout Corps, triggers another series of memories that unfolds over three stories. Why are these three stories important? They are because they represent, indeed they are, the foundations of what is today (or was yesterday, I love this non-linear time solution) the Rebellion, which indeed sees its ultimate purpose in the liberation of Erondár, but many of those who fighting in the ranks of the Rebels (Ian, Gmor, Briana and many others) does so for an even deeper sense. Freedom of individuals, punishment for abuse, friendship, love and affection. We must remember each of these in order not to become like the enemy being fought!

In the editorial Chronicles of the Rebellion, Luca Barbieri, makes a double presentation, which is not so double ...
He offers us the editorial for the book "The tales of the scouts", A volume that collects the books dedicated to their meetings (nos. 5, 24, 40 and 41), which begins like this:

The tradition of tales around the fire is as old as man himself, at least as old as his desire to share thoughts, reflections and, above all, fantasies capable of warming the souls of their fellowmen, oppressed by the heavy darkness of the night.

Here, this introduction also applies, and above all, to the January register "Told at night"(You could already guess from the title, right?). It is a number with a particular construction, almost like “Chinese boxes”; there is the frame of Old Man Gmor tells and in that story there is the memory of what happened after the end of the Battle of Piana some Cyclops. Ian and Gmor take turns telling stories to accompany the last journey Yeraban Sara.

You can imagine that, with so many memories in the memories and stories there are more hands behind the making of the episode; there are five (but we'll see them later)! While only one is that of the subject and the screenplay, the same one by Luca Barbieri who manages to give life to different but extremely interesting stories.
We have already had the opportunity to mention this formula, more and more in vogue, which sees several authors engaged in each Dragonero register, either to speed up the realization times, or to expand the range of designers.
Barbieri, then, does not miss the opportunity to throw in yet another sentence full of future repercussions, starting from next month!

Gianluca Pagliarani (drawings) and Paolo Francescutto (colors), as always they manage to capture and amplify the intensity of the moment. The starry night hangs over Ian and Gmor, the fire, the silence of those who have just spoken or just before speaking. To use one word: GORGEOUS!

The designers called to create "Told to the NightThere are five, of which the first is Fabrizio Galliccia which takes care of the macro frame Old Man Gmor. They then alternate Alex Massacci, Vincent Riccardi, Luca Bonessi and newcomer Thomas Bianchi; each with their own strengths manages to give life to their part of the episode in a vibrant way.

At the lettering we find Omar Tuis.

Be ready, because in a few days we will begin to discover (the story will unfold in two books) "Alben's past” (“Dragonero the Rebel"No. 28, February 10)! 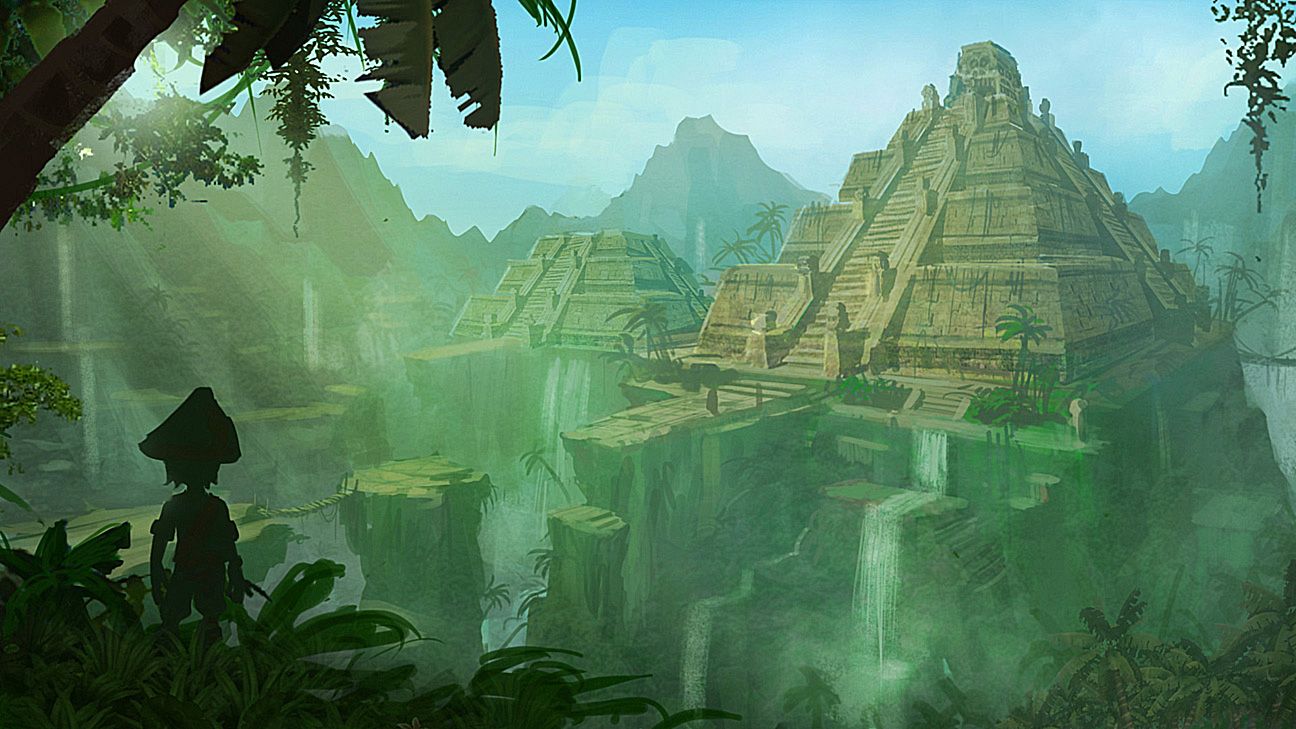 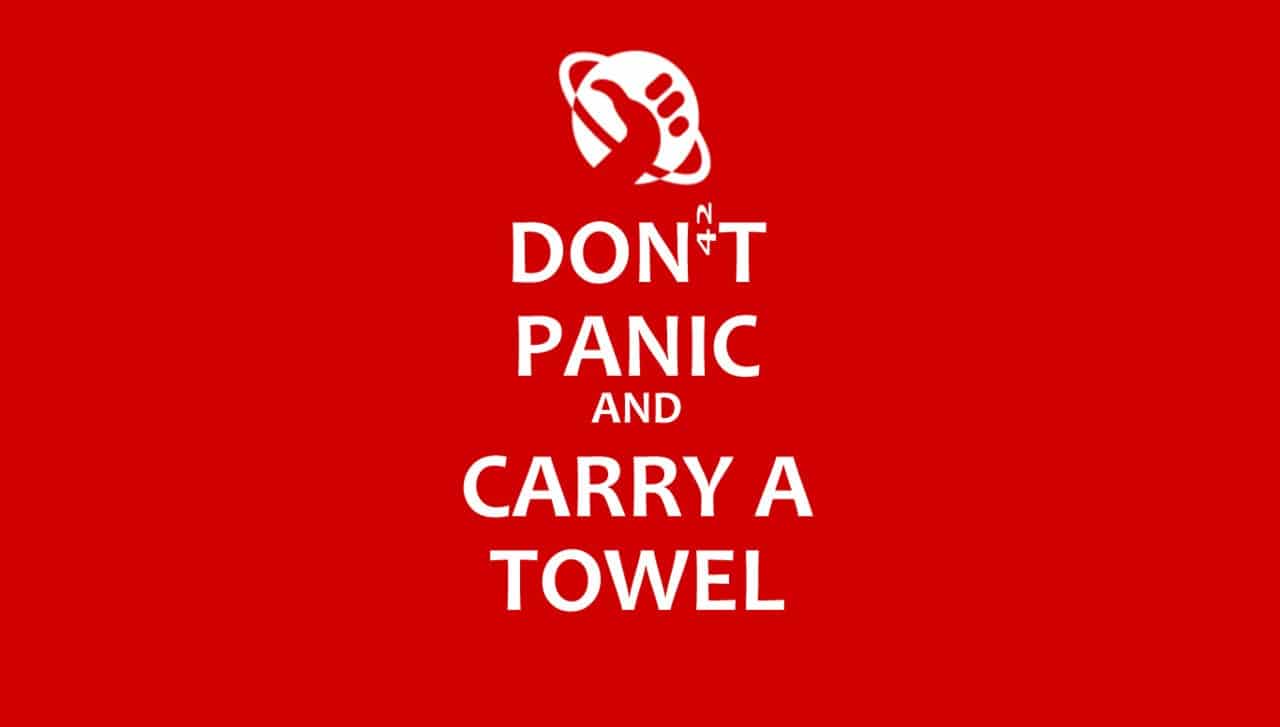 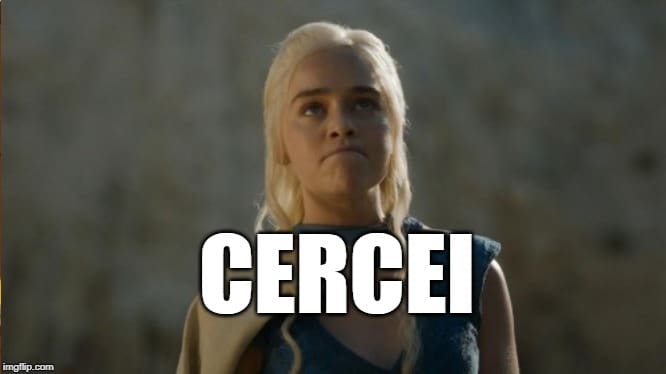