The hack or the hack? Apostrophe yes or no? A (other) linguistic study

In the field of role playing, is it more used to say "the hack" or "the hack", to refer to the adaptation of a game system for a different setting? Let's find out with a linguistic study!

Some time ago I was asked if hack, in an Italian writing, should be used in the masculine or feminine, in the context of the role play. And, of course, the answer opened the usual Pandora's box to me. Also because then another question arose: apostrophe yes or apostrophe no?

The role play lexicon has borrowed a small but incisive number of specific terms from English, which as always are used in a heterogenous. This is an absolutely normal feature for recent loans and which, above all, have not yet been recorded in dictionaries.

In particular, many British loans struggle to take on a loan grammatical gender fixed, in Italian. When it comes to living beings with sex or gender, the choice is generally quite simple and adapts to the gender of the person to whom the English term refers. For this reason, it is said the master o the master, as we have deepened Thu. But when we have to talk about objects, the situation becomes complicated, as we have seen for the quickstart e the quickstart in this article.

So, I thought it might come in handy for someone to have an article in which deepen the grammatical genre of hack. Especially, here I will deepen the actual use of this term in the writing concerning role-playing games, going to see if it is used more in the feminine or more in the masculine. Finally, I will briefly discuss the question of whether or not to use the apostrophe before this deadline.

Because? Because I'm curious, and these little searches are fun. So no more talk and let's get started!

Linguistic norm, linguistic use and the genre of English loans

As we have said in other articles, theassignment of the Italian grammatical genre to English words does not follow precise rules. Find a more accurate explanation Thu, while Thu you can read an in-depth analysis on the theme of the Accademia della Crusca.

Here, I will limit myself to repeating that the Italian language does not have a strict rule on the gender to be given to English loans, which in their grammar have no gender. So there is no rule that commands us to give to car the genre of its Italian translation, cars. Dictionaries, when they finally put an English loan in their ranks, attribute it to the genre with which it is most commonly used. It is the use, therefore, not a rule (which does not exist!) That determines the final grammatical gender of an English loan. It is the use that causes most British loans to receive the masculine default. But it is always the use that causes some loans to receive the kind of word they would be translated by.

Then no, there is no rule that tells us if hack should be used for men or women. Everyone can theoretically use the gender they prefer for this loan. If this term is ever included in the dictionaries, the grammarians will assign it the genre with which it is most used, and from that moment it will be the genre considered grammatical. But until then, we are in the Far West.

What is meant by hack? Meaning in the GDR and deepening on the English term

Before you get started, it's helpful to quickly clarify what you mean by hack and what does this term mean in English.

hack, in English, it can be both a verb and a noun, with different meanings. Besides cutobviously the verb to hack it also identifies unauthorized access to someone else's electronic device. In the form of a noun, this term has several unsympathetic meanings and indicates either incapable journalists or petty politicians, but can also mean useful advice (in the form of the famous life hacks, so to speak). The Merriam-Webster Dictionary offers multiple meanings, including that of find an improvised solution for a computer problem.

In the context of role-playing, hack takes up the latter meaning, since it refers to a reworking of the rules of a certain role-playing game, so that it can also be applied to other role-playing games, with different settings. For example, Dungeon World is a hack di Apocalypse World, since it uses the same rules, only with a small series of modifications and an adaptation of the setting, which goes from post-apocalyptic to classic fantasy.

In Italian, hack it has been used for some time in the IT field to refer to hacking, or the practice of doing hacking. In this context, this term is commonly used in the masculine, as already seen in the book A hacker manifesto. Intangible workers from all over the world unite!, for example.

The role play survey: hack it o hack it?

This time, it wasn't me who polled the well-known Facebook group I play role, to ask users what kind they used for hack. The manager is Helios Pu, former author of Kaiser 1492, who did this survey a year ago now.

From this survey it emerged that most (70) of the voting people use hack in the masculine, against 38 users who instead use it for women. The discussion and exchanges of opinion that took place in the comments are very useful for understanding the different reasons that led users to prefer one gender to another.

Who uses this term to male it does so for several reasons. Some use the masculine because it is generally considered the default gender of Italian, or because they believe that English loans should normally be used in the masculine. Other users, on the other hand, refer to the IT use of the term hack, which in Italian usage tends to be masculine. Those who, however, use this term al female they cite the fact that they associate this term with its Italian translation, that is reprogramming. Finally, some people who use both female and male emerge from the comments.

After this brief period, let's see how this term is actually used in Italian Facebook groups dedicated to role-playing games. Obviously, given the small sample, this research will have only qualitative value, and not quantitative.

The hack or the hack: who is the most frequent?

Su 122 occurrences currently analyzed hack used in the masculine it is confirmed as the most frequent form, with 63 occurrences (52%). The feminine follows rather closely, with 41 cases (33%).

Also note that hack, Unlike quickstart, never seems to be used as an adjective or as a specific noun, thus taking the gender of another word. If, in fact, with quickstart we had expressions like "the quickstart version", with this term you never have a construct like "the hack version". hacktherefore it is used only as name.

I find it particularly interesting to note that, in the Facebook groups that I included in the sample, some variations between male and female occur in the writing of the same user. So if for a few months a certain user has continued to use hack itthen preferred for a few months hack it, to then return to the feminine later, for example. However, this fluctuation never seems to happen within the same comment thread: when a user chooses a form, they use it throughout the current discussion. Only later, in new posts, will he use a different genre.

Finally, I found a small number of uses (18 cases, 15%) in which it is significant impossible to define the grammatical gender di hack. In these cases, in fact, the term is used without articles and without adjectives that clarify the genre, therefore in constructions such as "it is better to look for some hack Pathfinder"Or" there are a thousand hacks for all the settings you want ". Similarly, even in the case of the elided form of certain articles, such as the the the, we have formulas whose genre is not clear, such as "the OSOK hack card".

So ultimately hack in Italian it still has a swinging genre, although masculine tends to be more frequent.

Before hack goes the apostrophe?

In this case, however, we will speak not of use, but of norm.

Basically, in front of a word that begins with h you can have the elision with apostrophe of a vowel only if theh it is silent. This is the case with Latin words, and therefore we can say "thehabeas corpus juridical ", for example. When, on the other hand, the h is aspirated, as is the case in German and English words, generally do not put the apostrophe, and for this we have "the Hegel" and "the Hobbit".

The situation is complicated when we have an English word in whose Italian pronunciation the h it is no longer sucked, like handicap (pronounced èindicap). In this case, theh è de facto move and therefore we can safely say "a handicap" and "the handicap". Similarly, even very Italianized words, such as Hitler o hotels, they can have the Elysian articles, so "let's go to the hotel" and "the Hitlerian". Both the Accademia della Crusca (Thu), both the Treccani (Thu).

It is interesting to note here that Treccani, among the Italianized words that now have the h wetsuit also inserts hacking.

Apostrophe or non-apostrophe in written use

Since I was able to analyze the use of hack only in writing, it is not possible for me to analyze the actual pronunciation to understand if people say it mainly with theh mute or sucked. However, it is reasonable to think that sooner or later this term will be Italianized in its pronunciation and therefore its h become dumb. Currently, I still tend to pronounce it with theh aspirated and therefore also in speech I say "a hack / la hack".

What do these percentages mean? They mean that closed hack in the masculine it probably also tends to use it "all'italiana", that is with h move. Instead, who uses this term feminine probably pronounces it with the h aspirated, that is to English.

So how do you say that?

Regarding gender, you can say it is hack it, both hack it. The grammatical gender of this term is still very oscillating and can only be defined when it enters the dictionaries, after having been used much more. Only then will it stabilize in a unique form.

Regarding the apostrophe, it depends on the pronunciation. Since this term is still very new, it is legitimate that its pronunciation still oscillates between h aspirated e h moult. So, theoretically whoever writes "the hack / a hack / a hack" is claiming to pronounce this word with h mute, while those who say "hack / hack / hack / hack" are pronouncing it with h sucked.

Ultimately, therefore, do whatever you like. There are no hard and fast rules about gender and everything about the apostrophe depends on your pronunciation. When we have a pronunciation and a gender regulated by the dictionary, we will also have a rule to adhere to.

My only advice is to be consistent in using this term. Then: 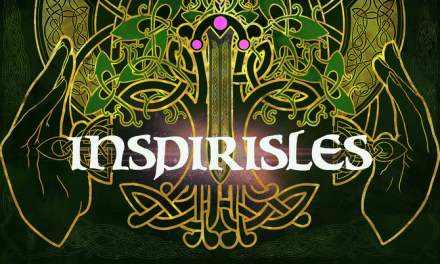 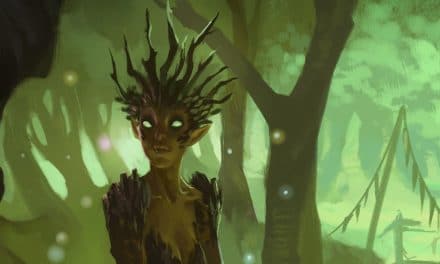 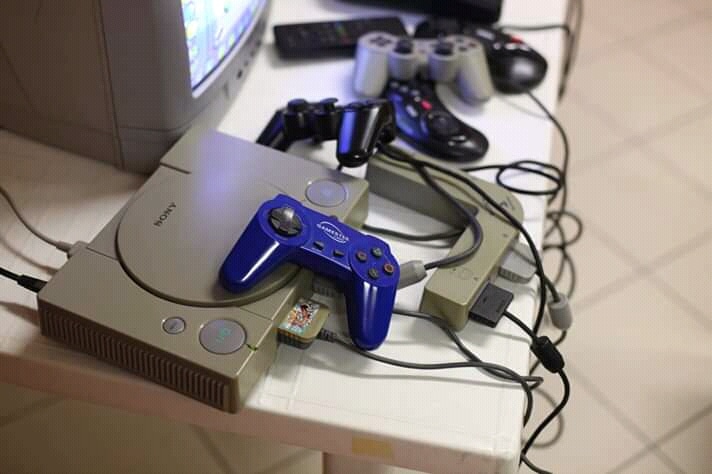 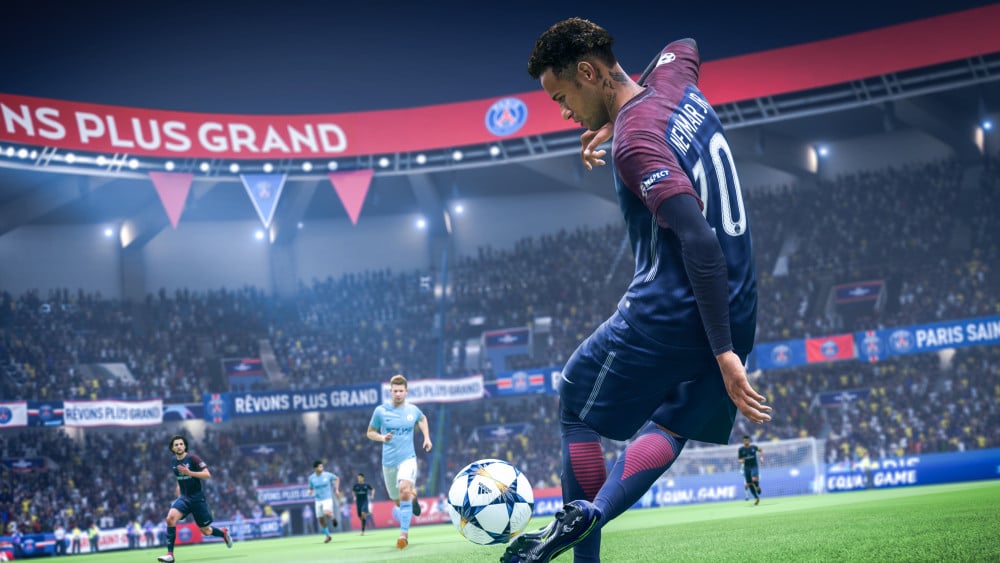