Why do independent writers, and especially independent fantasy writers, publish books under pseudonyms? Here are some of the most common reasons: privacy, xenophilia and gender stereotypes.

Use one pseudonym it is something that artists have been doing since time immemorial without creating major problems for the public.
Lots actors they use stage names for the simple reason that their original name didn't sound catchy enough, like Norma Jeane Mortenson Baker aka Marilyn Monroe. Or they do it to give themselves an international tone, as happened in the Italian productions of the 60s / 70s.
For the singers it is the same thing, even more evident as in the case of Louise Veronica Ciccone who chose the provocative stage name of Madonna. Or she is an integral part of some musical genres, such as rap and black metal.

Visual arts? From Caravaggio to Banksy, the list would be long. And in the comics no one is surprised that Jean Giraud signs himself Moebius or that Michele Rech uses his nickname Zerocalcare.
Even in literature many authors have used pseudonyms: Fred Vargas, George Elliot, Lewis Carroll, George Orwell etc. Stephen King created a real alter ego, Richard Bachman, to be able to publish things a little different from his normal production and overcome his contractual limits.

When it comes to independent authors, however, many are strange. And I've heard of any, huh? "You are ashamed of what you write, you are afraid of failure, you betray yourself". A really really really stupid reader wrote a rant stating that he felt "cheated" because an Italian author signed himself with an Anglo-Saxon name.
Now, i reasons to choose a pseudonym they can be different, from the most serious to the most banal "I don't like my name". Let's try to see which are the main ones. And for most cagacaz- ehm, for the fussy eaters we underline a few things:

It is certainly not the main reason, because there are very few independent Italian authors able to propose themselves abroad (and by “foreign” I mean mainly the English-speaking market), even if there are some, compared to the past. If you aim for the States, however, you have to take into account that doing it with a name of "macaroni" could prove to be an obstacle to a certain closed-mindedness of the Americans.
Speaking of the world of the fantastic (which is what I hang out with), however, I must say that the wave of recent years that has seen the emergence of authors and authors perhaps from the United States, but definitely not WASP, could open some very narrow glimmers up to now.

Choose a pseudonym to publish in Italy

Diametrically opposed to the previous problem is that of our internal market. Indeed, the Italian reader, especially that of gender, he is extremely xenophile, especially Anglophile, and nurtures very strong prejudices towards Italian authors.
Having said that the aforementioned prejudices is not that they do not have their reasons, it goes to the extreme that many readers if they read an Italian name do not even take the book into consideration. I am not saying to buy it and read it, but I miss to peek at the back cover to see if the story could be interesting. Italian = shit, so jump-to-foot-even. This thing, besides being terribly frustrating for the writer, is also a big problem for the publishing market of a country that is, like it or not, one linguistic pond.

It is quite intuitive that the easiest way to overcome this cognitive bias is to propose yourself with a foreign name.
But I must say, even in this case, that things are changing a bit. In the niche of genre fiction there is a little more attention and appreciation for local authors, also accomplices editorial realities that focus a lot on the internal market.

Read also: LAPICCOLAVOLANTE AND THE DESIRE TO TELL STORIES

Choose a pseudonym to diversify your production

There are prolific authors, extremely prolific, for whom publishing in your own name would mean flood the market and an overexposure that risks being deleterious. Let me give an example, not by an independent author, but published by publishing houses: Stefano di Marino.
Di Marino wrote at a frenzied pace, managing to come out, between novels and short stories, even several times a year. He risked being simply "too much", especially if maybe you want to go out several times for the same necklace, as he did with Top secret.
For this Di Marino has published, as well as in his name, also with the pseudonyms of Stephen Gunn, Xavier LeNormand, Etienne Valmont, Frederick Kaman, Alex Krusemark, Gilbert Oury and perhaps I missed others along the way.

Moreover, Di Marino also published different genres.
This is something that touches so many other authors who prefer give a different signature to each narrative strand they run. The reason may be to build astrong and unique identity within each niche, also in order not to confuse the reader, who thus associates a certain name with the genre he prefers and does not need to ask himself whether that particular work will be of the type that interests him or not.
In parallel there may be a question of genres that come into conflict in the public's imagination. So, for example, it can be deleterious to publish splatterpunk novels and children's books with the same name. In this case, each pseudonym works as a “brand”, as could be the name of different musical projects for the same musician.

Choose a pseudonym to avoid or exploit gender stereotypes

Let's be clear, I'm not saying that there are no examples, even illustrious ones, that contradict the aforementioned stereotypes. I'm saying that these prejudices have been consolidated in large sections of the public, which drag on to the present day. However, they are stereotypes that are linked to those who were the target audience of the market. That is to say, adventure stories were designed for an audience of children, while love stories were intended for girls.

We think abouterotico (oh well let's call it that). The saga of 50 Shades, which has led to the boom in the genre in recent years, is written by a woman and aimed primarily at a group of female readers. Basically it's a romantic story that is badly seasoned with handcuffs and whips. Imagine the same kind of story signed by a man. How would it be perceived? I'll tell you: not as a rape fantasy but as a real apology for abuse.
It is therefore quite understandable that if an author or an author wants to venture into a genre that is strongly characterized for the public, one way is to adopt a pseudonym of the opposite sex or neuter, as Robin Hobb and JK Rowling did for fantasy and as do many boys who post erotica with female names.

Read also: WRITERS AGAINST FANFICTIONS: THE DARK TIMES OF FANDOMS

Last, but not in order of importance (indeed), the question privacy.
There can be many reasons for wanting to keep your life separate from your literary production. The main ones are two: family and work. In both cases, the thing is related to judgment and at consequences this can have. Sometimes it can be a judgment related to what you write, for example if you confront each other genres that are not well regarded like horror or erotic. Or, there may be a judgment related to the activity of writing itself, seen as one waste of time, aggravated by childishness, if you write entertainment stuff.

Many people, especially when they are young, find themselves in family situations in which their passion is also heavily opposed. So, to avoid unwanted pressure, they prefer to keep what they do to themselves.
Ditto, on the working front. Here, writing can be seen as one distraction, like the symptom that one has not fully realized oneself in the work and therefore will not be completely dedicated to it. (I REALLY heard a recruiter give these speeches!)

And if you think it's a cowardly choice, why do you have to fight certain stereotypes I ask you: if you were a woman who writes erotic novels for pleasure and because she raises money, how would you think your colleagues would see you? Like a daring author or a "bitch who needs shit"? And would you really want to sacrifice yourselves on the altar of a hypothetical coherence to defend what is generally a hobby or, at least, a second activity?
There are those who do it and those who do not have the desire or the energy to take it 'is slammed. Both are legitimate positions and must be respected.

Read also: MARTIN VS TOLKIEN: STORY OF A CLICKBAIT

In 2005 I published New Moon, a long gothic horror story with a significant sex component and I made it available for free on the main portals: The Amazon, Kobo e iBooks.

I was looking for work at the time. Knowing people involved in recruiting, I know first hand what some companies do when evaluating candidates after seeing them: they googled them. And, based on what they find and their prejudices, they make decisions. An example? A practically chosen candidate had a photo on Facebook with a rainbow flag of the LGTB community. Suddenly it was no longer good.
I had a story on my hands that shaken sex, death and supernatural and was accessible to all without even a penny of expense. I imagined what would happen. And I thought that I needed a salary and that I didn't want to gamble with chances just because some entrepreneur has idiotic ideas.

A pseudonym allows me to write a tentacle-porn for the fanzine Voices from R'lyeh, which comes as a free download, and I don't have to worry about someone coming and pissing me off. And it allowed me to create anthologies of short stories such as Open Seas e Red Zone to raise funds respectively for Open Arms and for ACAD - Association Against Abuse in Uniform. Always without having to worry about the reactions of the people I was working with who were lousy right-wing.
And no, I don't want to even work for some people. But if I were based on this, given the Italian entrepreneurship, I would die of hunger. 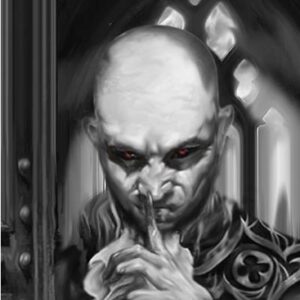 Scribbler of fantasy, horror and whatever he likes, risks being buried by books, comics and CDs of music that scares mothers. Repentant blogger but sometimes it falls back on us. Proud SJW. Always a punk. 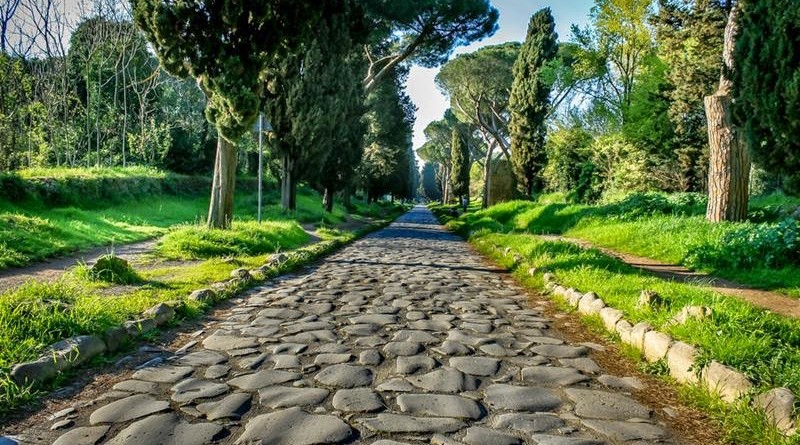 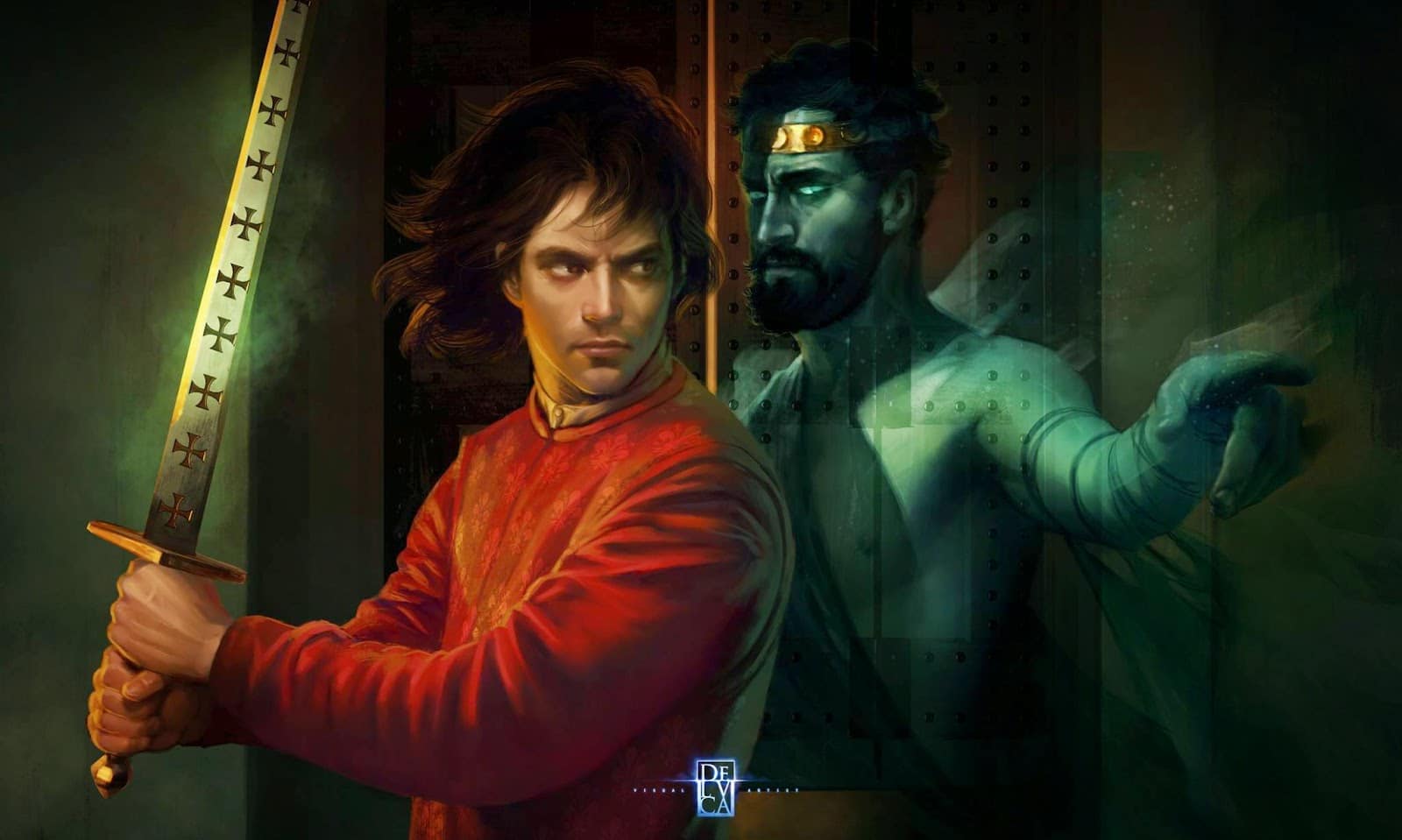 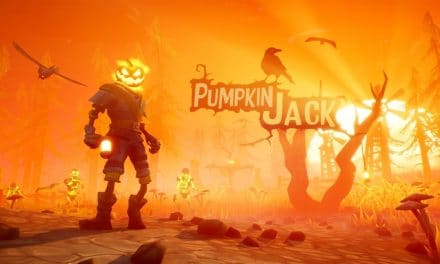 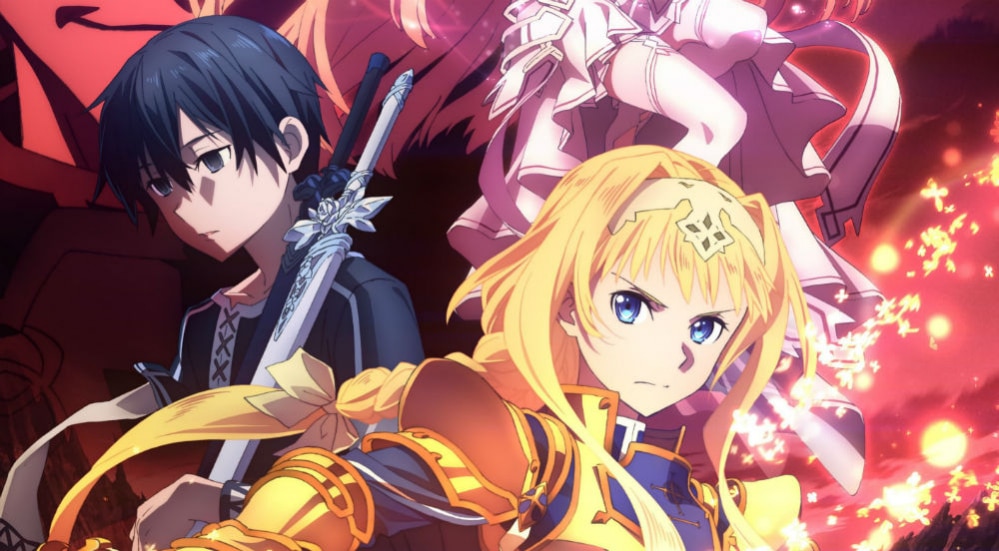