Nations of Théah, Volume 1: The Review

"Nations of Théa, Volume 1" is the expansion for 7th Sea, second edition, released in Lucca this year thanks to the localization and work of Need Games. First of two parts, the manual focuses on four nations of Théah, showing an exceptional work setting. A chapter is dedicated to each country, allowing to analyze its complexities and the socio-economic situation, giving dozens of ideas to future players and storytellers.
Also take a look at "Empire of the Crescent".

Let's start a tradition that we will carry among the various reviews I made of 7th Sea supplements: let's let the author speak. John often delights us with some of his pearls of wisdom and I find it particularly useful to set the mood of the manual in question.

Our goal was to present a baseline for each nation, enough to give the 'the', but not enough to stifle players with information (this was a first edition mistake; sometimes people learn from their mistakes).
Each country is presented with a similar amount of detail, but with different elements. But these all serve one purpose: to make each country a tool that GM and players can use in their games. It's not easy, but Danielle (editor's note: Danielle Lauzon is the project manager for this manual) has succeeded.
What we present to you is not the only Théah, but the our vision.

As a cover for each nation we find, in addition to quality artwork, a short story that makes us enter the spirit of the country. Reading is highly recommended, if only for the quality with which these stories are proposed to us. Subsequently, the nation and its history, especially the recent one, is presented to the reader. Topics that were superficially mentioned in the basic manual, probably for reasons of length, are deepened and explained here. In some cases, see the situation in Castille, the deepening concerns entire conflicts and helps to put in order the ideas on the historical sequence of some events.

Important characters and how to play them

The section on characters adds a lot to the campaigns that involve the involvement of high-ranking PNGs, from bishops to queens, and also allow you to understand the country's politics through the actions of its protagonists. For Narrators, this section adds a couple of ideas for each individual character, coming to give more than twenty hints of adventure only as regards nobility, clergy, great merchants, feminism and social issues. Referring to his cousin Europe, Théah also has problems similar to those of today, albeit in different times.

Who really commands in the nations? What powers are there in the corridors of buildings, ready to make uncomfortable people disappear? What is in the living rooms? All these questions will be answered by the section on factions, currents of thought and secret societies. Each nation of Théah has at least six or seven organizations at work in the shadow of cities and libraries, while on the political side we can count on several more. Sometimes the characters seen in the previous section are recalled, adding characterization and complexity.

In this section the Narrator is offered everything he needs to know about capitals, main routes, regions and minor kingdoms. Starting from the history of the city, it follows its urban development and the importance of some of the most important places, be they old shipwrecks, immense castles or imposing cathedrals.

Each nation, in the basic manual, already had its own unique magical traits and dueling styles. Nations of Théah expands on these concepts, adding several brand new fighting styles and introducing several new mechanics regarding magic. Rather than making a list of new abilities and powers, the first volume is concerned with listing game mechanics that could serve as excellent narrative gimmicks. Just like in Pirate Nations, the concept of pact becomes very important, but alchemy too (just to give an example) is expanded and made more complex and full-bodied.

This section mainly deals with narrating the myths and legends of each country, from popular beliefs to stories to send children to bed. As everyone knows, each story has a background of truth, and for each of them the origin and consequences are explained today. Also in this case, the ideas for adventures and encounters are not lacking, allowing you to add short or long subplots compared to the main adventure.

"Nations of Théah, vol. 1 ”is an expansion that 7th Sea players will love deeply, it offers incredible ideas and allows you to deepen both the knowledge of the continent and the individual countries faced. The most knowledgeable storytellers will have enough ideas for ten-year campaigns and newbies will be able to count on valuable advice to start. L'purchase of the manual is not only recommended but highly recommended for all fans of the role-playing game, given that the manual proves to be exquisite workmanship. 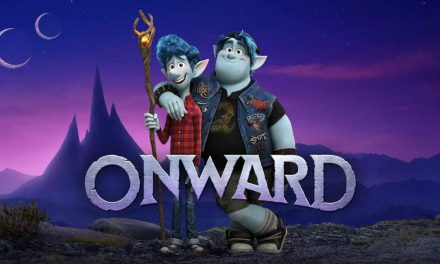