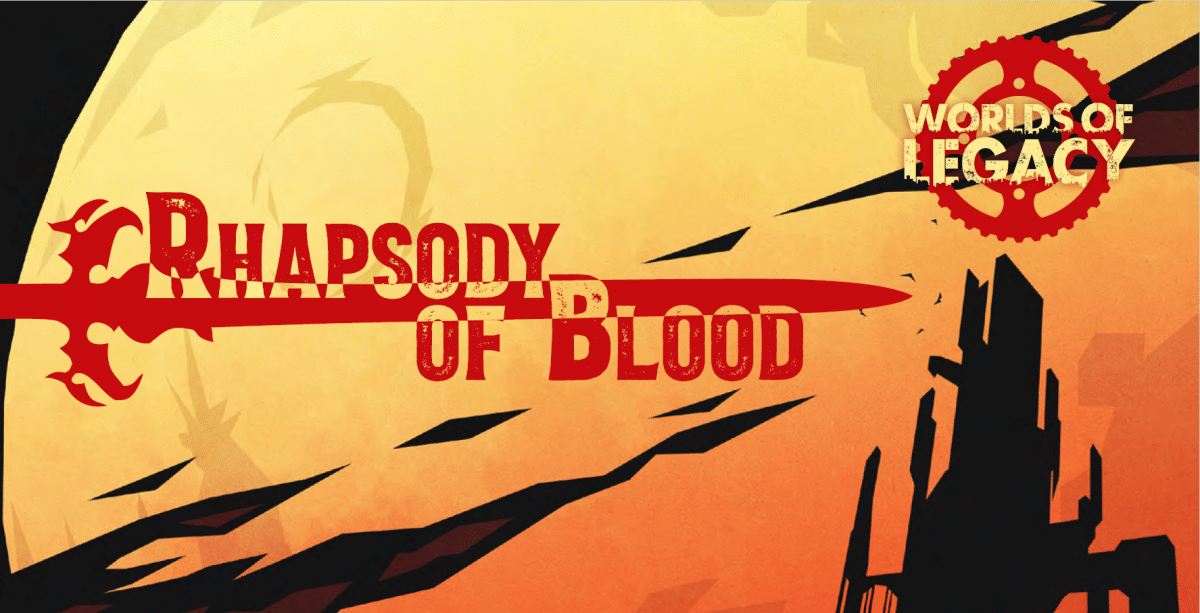 "Legacy: Rhapsody of Blood" is a role-playing game Powered by the Apocalypse written and created by Jay Iles and published by Ufo Press which stands out for simplicity and elegance. It is recommended to anyone who wants to live very similar experiences to Infinity Blade and Castlevania, since the game could be considered in all respects an "unofficial Castlevania".

Nobody can predict where and when the Castle will appear but those who survived, to tell its appearance, tell of death and destruction. It is also said that every time fearless adventurers, belonging to ancient bloodlines, come to fight the hordes of darkness and save the world.
Rhapsody of Blood takes full advantage of the Castlevania setting, with the well-known Dracula castle making its appearance (apparently casually) in a place in the world sowing death and chaos. A descendant of the Belmont family steps forward to face evil within the dark manor and defeat it. This is what you players will have to do.
In Rhapsody of Blood, players will play Dynasties and adventurers of that era in an infinite cycle.

A game designed for One-Shot

The structure proposed by the manual is undoubtedly optimal for a One-Shot or for a very short campaign of two or three sessions. The game, however, suffers in the long run, unless there are heavy interventions from the master (which are always possible but outside the scope of this review).
The first session opens with the players who, playing the Founders, defeat the Castle Master for the first time. Once the battle is over, the people at the table will have to decide which Dynasty was born of each of the heroes who saved the world. Centuries pass and, once again, the Castle makes its appearance. This time the players will have to create a descendant (the classic pbta pg, with booklet and moves) of the Dynasty created by their progenitor.
Collecting information about the Castle, the new heroes will have to study an attack plan, raid and fight until they reach the Heart of the Castle, where the Master awaits them for the final battle.

Just as in the Castlevania video game series, the Castle is the real protagonist of the game. Constantly changing, to the point of having to be explored every time as if it were the first, the building will tempt and corrupt our heroes and their blood exactly as it has already done with the Master and his Acolytes. The possibility of renovating the Castle offers the pleasure and thrill of discovery, combined with the horrors that a narrator and his game table can create. From the most abominable experiments to chapels of false holiness, adventurers will have to learn to fear for their sanity and for their lives.

The Master and the Acolytes

The Castle would be missing something without thick villains that can contrast and offer nice bossfights to the players, right? Rhapsody of Blood responds with the presence of four really exciting encounters for each session. In fact, each Castle has a Master with a diabolical plan and a long ritual, already started when the heroes make their entrance into history. Each action of the pg will make time flow forward, bringing the world closer to ruin and the Master closer to the realization of his plan. He is joined by three Acolytes, bosses of three areas of the Castle that the heroes will have to defeat to weaken the dark ritual and gain access to the Master's rooms.

As previously written, in Rhapsody of Blood the Castle will try to corrupt and tempt the characters in any way. Various benefits may be obtained, too many to specify, in exchange for the receipt of a "corruption mark". For every three marks, your Blood parameter increases by 1 point and gives the character a new dark power. The problem? Each time an Acolyte is defeated, the Blood score increases by 1 and, once it reaches 5, the Castle takes control of the character.
With such a dark premise, it will not surprise anyone to find out what happens once the Master is defeated ...
From the body of the deceased villain the Grail will emerge in all its purity. With it, the group of characters will be able to make a wish and save the world, improve it, etc ... but at a price: one of them will have to become the new Master.
Over the centuries this sacrificial victim will go mad, yielding to darkness, and the cycle will start again from the beginning.

Rhapsody of Blood is a game that can leverage the imagery of Castlevania, Bloodborne, Infinity Blade and much more. I recommend it to anyone who wants to experience dark and dark adventures, knowing that in the next session he will probably have to face himself. It lends itself to many things, as long as the narrator has a bit of elasticity and the game table pays attention to it. Being a PBTA, it is not recommended for those who love the many and throw buckets of dice. 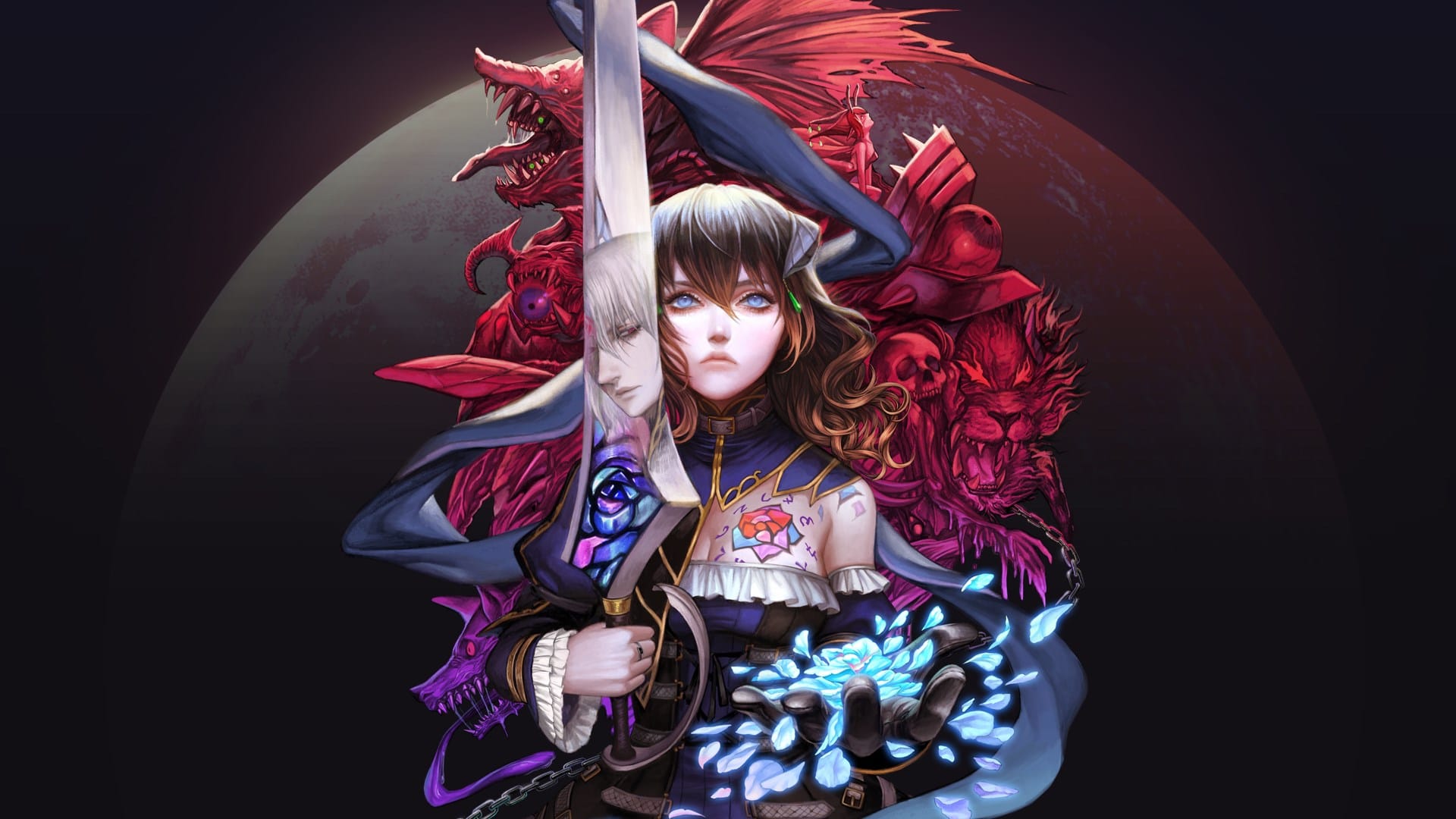 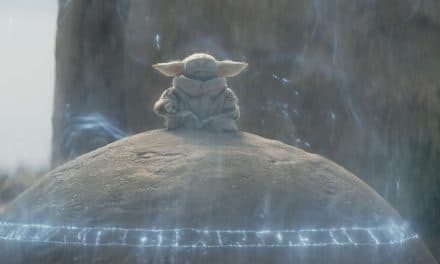