How to draw a village - Part 1 - Inkarnate tutorial 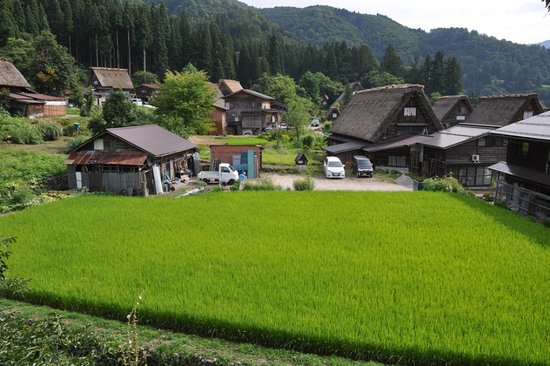 How to draw a medieval fantasy village thanks to Inkarnate? Here is the tutorial with all the instructions!

What kind of village? The idea before starting

In designing a village, you can proceed directly by starting to place houses and inns around the map, letting the town form itself. However, have a minimum of planning before leaving it might be a good idea.

First of all, ask yourself which village you want to create. Inkarnate has many different tools to create different villages: from wooden and straw houses, to the most dignified and tiled houses. You will also have sets made just to recreate dwarven stone cities and sandy villages built in a desert, colorful markets, farms complete with a vegetable garden or cemeteries.

So, before doing anything, think about which village you want to create and, basically, which of these tools you will use.

Two rival villages on the banks of the river: An Inse and Atha Bui

We in this tutorial will (finally!) Draw the rival villages of An Inse and Atha Bui. These villages are part of the setting de The book of invasions, our campaign for Pathfinder, theme Irish, available on our Patreon.

An Inse it is a small, but flourishing, village of Gnomes, built on the border between Munster (kingdom to which it belongs) and Meath (on the other side of the river). This village was built by people who wanted some independence from the control of Munster's Ri Ruirech, but still didn't want to abandon their origins entirely. An Inse (= the island) is therefore a village which acts as a commercial hub between Meath and Munster: anyone who trades by land between these two kingdoms passes through the village. In addition, An Inse benefits from peat and game from the great swamp in the north, while in the east, the inhabitants plowed the land to cultivate it and in the south, beautiful pasture land was established.

Atha Bui (= strong yellow) arose just thirty years ago, when the Exiles settled in Meath they received permission from their Ri Ruirech to found a village in the area, in order to take advantage of the resources of the swamp. On their side of the river, of course! Born as a small village around the strong yellow of Atha Bui, the town has grown rapidly over the years thanks to the increase in trade between Meath (which exports magic items and wood) and Munster (which exports wool, fish and sealskins). However, the Ri Tuaithe By Atha Bui, Milkra, the village ended up threateningly surrounding An Inse. In addition, she managed to claim that the rival village Gnomes contributed to the construction (and maintenance) of a large stone bridge on the river.

Needless to say, the gnomes of An Inse are heard threatened and reinforced the defenses around their elevated citadel.

The choice of key places: forts, walls and bridges in the village

Each village has gods key buildings which, in one way or another, greatly influenced the formation of the town. Maybe it was the very first buildings built, around which all the others have developed, or are the fortifications erected to protect strategic points.

Whatever it is, it pays for these key buildings to be the first to be included, so that you mimic, in some ways, the chronology of construction of the city. Believe me: it helps to get a better idea of ​​the place.

The wooden walls of An Inse

For An Inse surely the are very important wooden walls built around the citadel on the river. The elevated position, in fact, meant that this rocky elevation was chosen to build the first nucleus of the village.

Going to the icon to the right of the castle, Object Tools, then click on the icon above with the drawing, Select Object. Here you will find one list of objects to insert. Go down to the end, where there are icons with wooden constructions, including i Wood Wall.

Select the first part of the wall you want to insert and place it on the map by clicking once. If the icon is too big or too small, click on the icon Chọn chế độ, at the top, to get the pointer, and then re-click on the piece of wall on the map. Having selected it, go to the scale bar (stairs) is zoom in or out the wall as you like. We stopped at size 40.

At this point, click on the icon Place, at the top, which will make the icon reappear Select Object. Always clicking on this last icon, choose another piece of wall to add, place it on the map and change its scale. Make sure the walls follow the edge of the cliff and that their perspective is consistent. If you have the space, insert the section of walls with the built-in door, WOOD-WALL-01-045-C. If you realize that you have no space, simply enter the port (any of the GATE-02, depending on the perspective!) in a previously drawn stretch of wall, as we did.

Select, move and delete the walls

Remember that if your walls are positioned above cliffs (which are always Object Tools), when you select them with the pointer you could also select the cliffs below. Be careful and try to find a point where the areas of the two tools do not intersect.

The yellow fort of Atha Bui

In this case, we are facing a much simpler challenge. In fact, we don't have to build walls piece by piece, but only select the icons we prefer.

Now, Atha Bui takes its name from its yellow fort, but as the Gnomes built wooden walls due to the scarcity of stone, the Exiles also managed to put together little raw material. So the mythical yellow fort will be one small yellow watchtower, built to keep an eye on the river and the dangerous creatures of the swamp. Or at least, so says Atha Bui's Ri Tuaithe!

So, always going to the list of objects to be included in the map, we will go looking for the towers. You will find some of them towards the end, all marked as TOWER. The first two towers (TOWER-01-000 and TOWER-01-045) can be used alone or together with the red walls that you will find below (from WALL-01-045 to WALL-01-135). Instead, TOWER-01, TOWER-02 and TOWER-5 are lonely towers, don't think to be near walls.

Given its coloring, we take TOWER-01 and put it on the spur of rock above An Inse.

The bridge of Atha Bui and An Inse

For the stone bridge, however, just look at the various ones BRIDGE at the beginning of the list and choose the one that suits us best and that fits best in the perspective of the map.

In this case, since we need a large stone bridge that costs a lot in maintenance, we chose BRIDGE-02-000. With its beautiful three arches, in fact, it gives a sense of majesty and can cross wide rivers.

The other important buildings in the village!

Now, a village cannot fail to have some other unique building, which stands out in the pile of other houses. The inns are certainly such, an essential destination for every self-respecting adventurer, and the wells.

How many and which inns?

First choose how many inns there should be in the village: will there really be enough travelers or inhabitants to support more than one? In the case of An Inse, no, so we will have a single inn (which will perhaps only host Gnomes). In the case of Atha Bui, more populous, we can easily have two.

In An Inse we will insert an inn that gives the feeling of being pretty big, maybe even expanded over the years. We will call this ancient inn The Cozy Puka, since the owners ensure that a Puka also lives there which helps them keep everything in order. The INN-05, with two wings, is very suitable.

In Atha Bui, however, we can have a bit of diversity between the inns. One could be there "historic" inn of the village, the first to be built and, therefore, the most prestigious. Presumably, this inn will be located near the fort, in the "good" area of ​​the village. In this case, we will call the inn Hearth of Milkra, from the name of the owner, who is also the Ri Tuaithe of the village. For this building, the INN-06 seems ideal.

The second inn, however, will have been built when trade and inhabitants have increased, going to place in the most recent area of ​​the village, near the bridge. Hosting more foreigners what good citizens of Atha Bui, this inn will not be small, but it will certainly be less chic than the Focolare di Milucra. This haphazard inn will be called Fish pie, from the name of its main dish: a fish pie, parsnips, boiled eggs and fried mushrooms. To give the idea of ​​the place, I suggest the INN-02.

The wells: where does the village water come from?

Because if you thought the river water was drinkable, think badly. Although the river water can be boiled, the inhabitants of the two villages prefer to rely on some underground aquifera, more secure.

The wells are located towards the end of the Tool Objects and they are two: WELL-01 it is a respectable covered well, while WELL-02 it is a well a little more run down.

In An Inse, we can put WELL-01 in the citadel square and a WELL-02 in the lower part of the village. Atha Bui, on the other hand, will have a WELL-01 near the Hearth of Milkra (will the inn or well be born first?), while a WELL-02 will be positioned near the Fish pie, where it will be useful for watering travelers' horses.

See you soon with the second part: how to put all the houses! 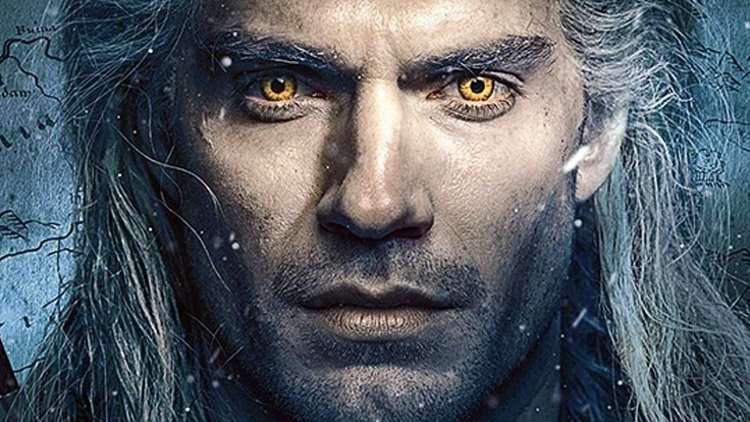 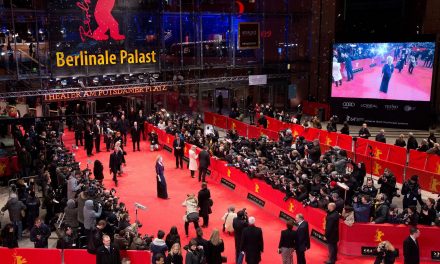 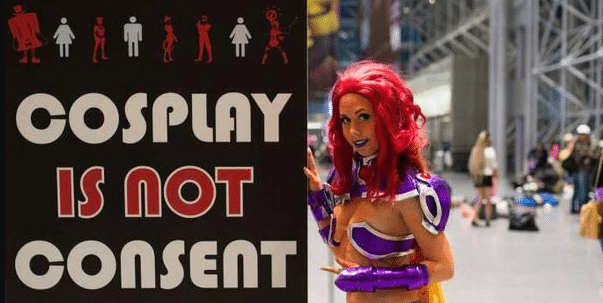