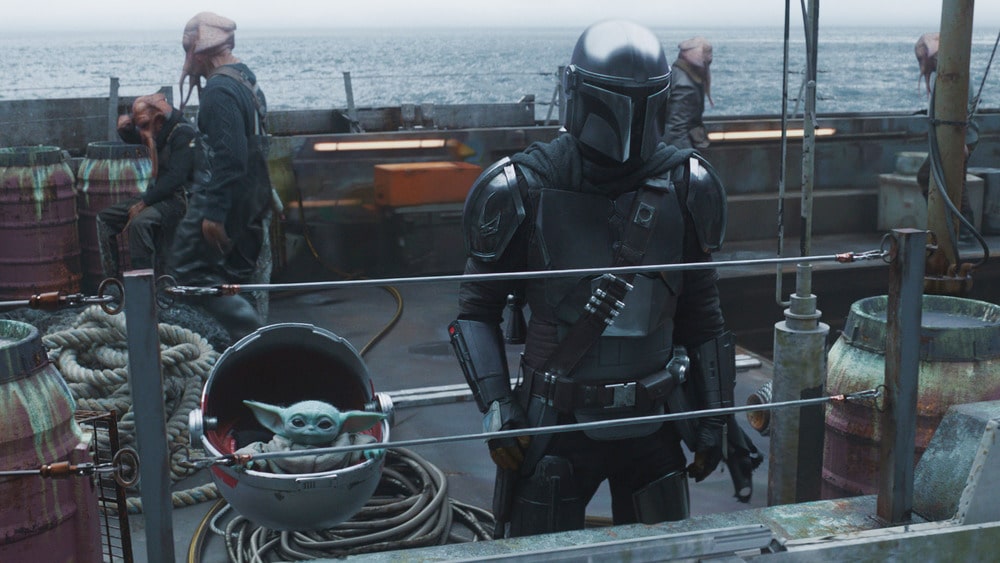 Let's talk about the third episode of the second season of The Mandalorian, The Heir, in which we meet familiar faces and the plot goes on.

My reflections on the second season of The Mandalorian. Today we talk about the third episode, The Heir. An extremely controversial episode, in which (finally) a lot of things happen and the plot goes on. So let's see what happened.

After the chance encounter in the frozen caves of Maldo Kreis, Din Djarin (this time we will alternate his real name with Mando, because there are too many Mandalorians around) and the unnamed baby (no, he remains Baby Yoda) continue their journey towards the aquatic planet Trask. Their ship just manages to land awkwardly, before seriously needing repairs. Finally, the Frog woman their passenger manages to hug her husband again and I send to know where to find other Mandalorians.

Embarked together with a group of Quarren fishermenHowever, Mando soon discovers that he has fallen into a trap. In fact, the Quarren fishermen throw Baby Yoda's cradle into the jaws of an aquatic animal, the Mamacore, and Mando himself is not about to end. Luckily, Mando and Baby Yoda are rescued by a trio of Mandalorians who literally descend from the sky in their jetpacks to party the Quarren.

Bo-Katan and the resistance of the Mandalorians

Soon we discover that the three Mandalorians are led by an old acquaintance of ours from the Star Wars animated series. Bo-Katan Kryzein fact, he promptly takes off his helmet in front of a startled Din. Between another fight with the Quarren and a drink in the tavern, Bo-Katan explains to Mando a few things.

First, we discover that Din is part of a group of religious extremists, i Children of the Watch, who slavishly follow ancient Mandalorian traditions, including that of never taking off the helmet. Mando obviously knew nothing of this, as he was raised by the Children without knowing that there were other ways to be Mandalorian. Second, Bo-Katan explains to Din that she and others are trying to recapture their home planet, Mandalore, but that to do so they need weapons, means and, most importantly, the Darksaber given by Moff Gideon.

Bo-Katan asks Mando for help in exchange for information on where to find the Jedi, but Mando is not very convinced: from what he knows, in fact, Mandalore is uninhabitable. But Bo-Katan thinks otherwise and eventually manages to enlist Din's help. After a stormy boarding to an Empire freighter and after finding out who was in possession of the Darksaber, Bo-Katan finally reveals to Din the location of a Jedi.

Unfortunately, I spoiled the presence of Bo-Katan before seeing the episode and I didn't have the serotonin spike that I normally would have experienced seeing this beautiful live-action character. I won't be going to Tumblr on a Friday until I've seen the new episode of The Mandalorian, that's for sure. Anyway, I'm very happy to see the legacy of the animated series di Star Wars shot and respected in a live-action.

That said, as I said in the reviews of the past two episodes, to me The Mandalorian especially like it because it allows us to explore the universe of Star Wars. The Heir, in this sense, it is no exception.

I really enjoyed the fantastic amount of aliens on the water planet Task. I love the Quarren and Mon Calamari and it was amazing to see so many, so diverse and busy with their daily chores. I love this representation of small people's everyday life Star Wars. The Mon Calamari exasperated by the state of the Razor Crest, at the beginning of the episode, lifted the day all by itself.

The cure for the Mandalorian culture

I also really appreciated the attention to continuity and to Mandalorian culture, already shown alone in the dialogue between Mando and Bo-Katan.

It is very interesting to see how the old Death Watch became (it seems to understand) the group Children of the Watch. This is a sensible evolution, since the Death Watch (which is the group of Mandalorians who saved Din Djarin when he was a child) has always been a group of nostalgic for a mythical past of Mandalore. And where some old Death Watch members ended up being lackeys to the Empire (Saxon, we're all looking at you), it makes sense that, after the Purge of Mandalore, the remnants of the Death Watch moved away from the Empire to isolate themselves and “Rediscover” the ancient Mandalorian traditions.

It always makes sense, too, that people like Bo-Katan have different ideas and don't feel the need to revive these ancient customs. That the time has finally come when we will see the Mandalorians united under one banner, without their usual internal schisms?

Assuming that The Heir I generally liked it a lot, there are also some things that made me turn up my nose a little. So I want to deepen them a bit.

Mando changes his mind about Bo-Katan too quickly

The first is the way it was handled how Mando changes your mind and decide to help Bo-Katan. Personally, I found it quite abrupt and a little awkward. More precisely, I did not appreciate the pace at which it happened: in one scene, Mando refuses Bo-Katan's help and leaves; in the immediately following scene, Mando is again rescued by Bo-Katan and agrees to help her.

A clarification: what makes sense in the meeting between Mando and Bo-Katan

Let's be clear: it makes sense for Mando to realize he needs Bo-Katan's information. It also makes sense that Mando understands that he should help these Mandalorians who take off their helmets, because after all they have shown that they are ready to always take his side to protect him. In fact, even though Mando has doubts that Bo-Katan and the others are hard and pure Mandalorians, Bo-Katan accepts Mando as his own companion regardless of the latter's ideas.

It makes sense that Mando changes his mind when he sees it proven with facts that Bo-Katan and the others are loyal to him. In this sense, Mando probably recognized Bo-Katan as a Mandalorian precisely because recognizes that kind of loyalty to other Mandalorians as the main hallmark of the Mandalorians themselves, more important than any aesthetic attachment to armor.

But what doesn't make much sense: the timing

What I think was done wrong in Mando's change of opinion is there timing: Mando changes his mind too quickly. Perhaps, it would take an entire episode to develop the relationship between Mando and Bo-Katan well, before our protagonist trusted the heir of the Kryze family. Only in the next episode, therefore, would we see Mando helping the other Mandalorians to recover their weapons.

However, this would have broken the natural development of the central episodes of The Mandalorian, which are generally self-conclusive and tell a single story arc. So I understand why we preferred to press the accelerator and close everything quickly.

Is Bo-Katan… too young?

The second thing that made me turn up my nose is the appearance of Bo-Katan.

Let's re-clarify: the actress is beautiful and very resembling the Bo-Katan seen in Clone Wars e Rebellious. I really appreciate the work done with her makeup and her costume and I also enjoyed the acting of the actress very much.

Age issues that we will not delve into

However, in my opinion, this Bo-Katan looks a little too youthful. There is a lot to be said and speculated about Bo-Katan's actual age and how fast humans are in Star Wars actually age, and I don't think this is the right article to go into detail on this issue.

That said, as is also reported in this great article from IGN, Bo-Katan should have allapproximately 50 years, and therefore be a little older than Boba Fett. It makes sense that Boba Fett looks older than Bo-Katan, given the difficult life the bounty hunter has led and his being eaten by a Sarlacc. It also makes sense that, perhaps, Bo-Katan doesn't feel much about the passage of time and that she is "wearing" her years well. In short, the appearance of Bo-Katan ne The Heir it is lawful.

Questions about how beautiful an older Bo-Katan would have been

However, personally I would have preferred to see an older woman, for several reasons. First, because over-50 actresses tend to have less chance of being hired compared to over-50 actors. Second, because the theme of female aging often tends to be avoided and actresses who play the role of older women are often made up and dressed in such a way that they tend to look younger.

In view of this situation, I think it would have been nice to show an older Bo-Katan wearing the signs of the passage of time and her career as a warrior. Because let's remember that Bo-Katan has been fighting for most of her life. He has been through all the great conflicts of the galaxy's last 30 years, from the Clone Wars to the Purge of Mandalore, probably. It makes sense that these things left their mark, as did Boba Fett too. I, at least, I would have loved a Bo-Katan with graying hair, more wrinkles and more scars, just to underline the fact that we are facing a veteran of a thousand battles.

But it's all about personal tastes and preferences.

With The Heir, The Mandalorian is back to push on horizontal texture, this time accelerating considerably.

The episode is very nice and keeps a good pace, without getting lost in chatter and getting to the point straight away. The setting is very well taken care of and the aliens are beautiful to see. Bo-Katan and the other Mandalorians are interesting, well introduced and also quite well characterized. Bo-Katan's explanation of the cultural differences between her and Mando opens up many new hypotheses, as well as the hope of finally seeing the Mandalorians united under the same cause. I also really appreciated how the Imperials were outlined, if I have to say it all.

The episode also has some awkwardness and some choices that I didn't particularly appreciate, but which I can overlook. Ultimately, it amused me and I came out of it in a good mood.

I'm pretty sure the next installment won't carry the horizontal plot much forward, and we'll probably see Ashoka in between episodes. We'll see if the next fillers will be interesting and if they deepen the world and the characters. 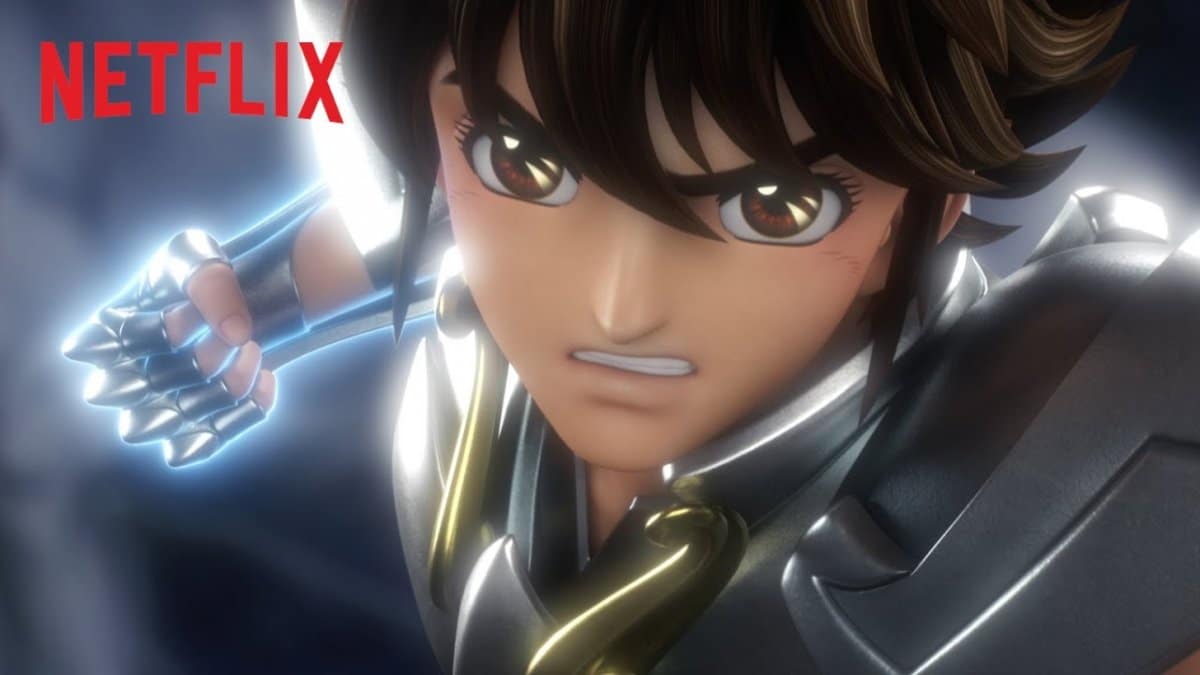 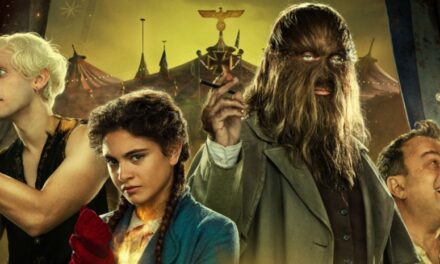 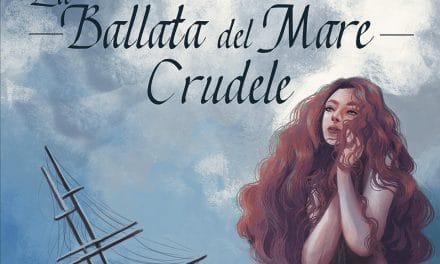 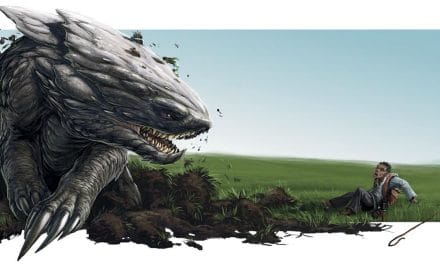 Bulette: Who did it better?