Genderplay 3.0: Representation in the RPG 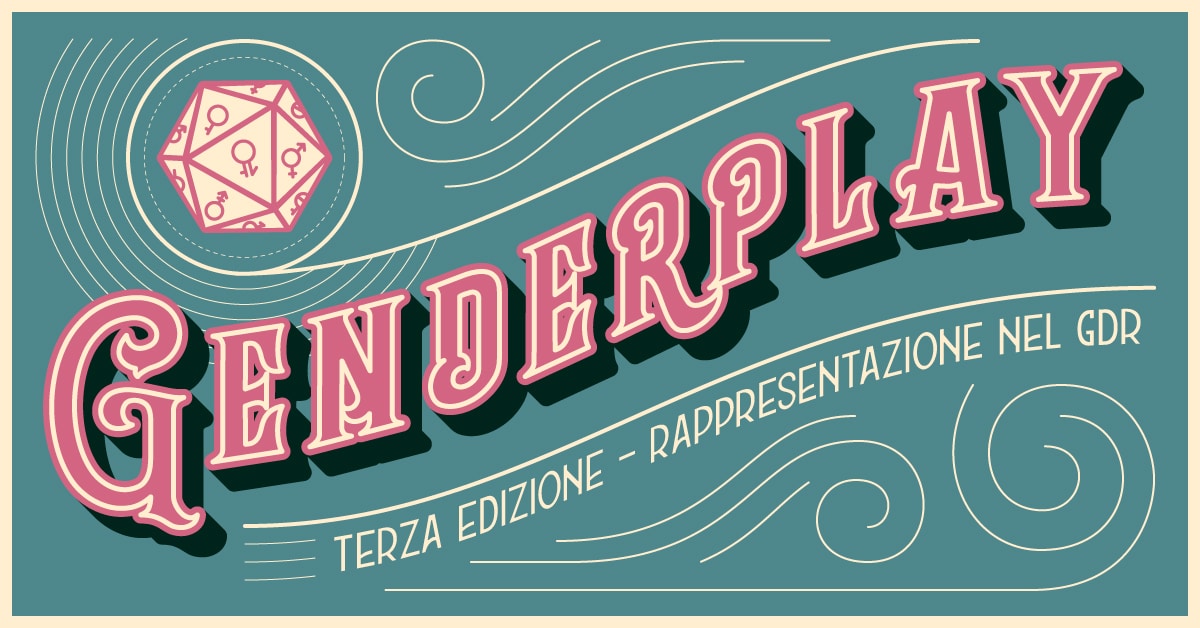 Let's talk about Genderplay 3.0, the annual conference on role-playing and social issues to be held on Saturday 19th September. This year the theme is "Representation in the RPG".

For the third year in a row, Genderplay is back, namely the conference on role play and a wide range of social issues. We have already told you about the first Genderplay of 2018, where we covered RPG and gender roles. At the second edition of Genderplay, held in 2019 and related to RPG and emotional security mechanics, we have dedicated not only an article about the event, but also one on the results that emerged.

This year, Genderplay is back on track to talk about a very hot topic in our community, among others: representation and diversity in role play. Genderplay 3.0 is organized by the association Gondolin APS, sponsored by AICS Bologna and with Seekers of Atlantis as a media partner.

Here you will find the Facebook event of Genderplay 3.0!

An all online Genderplay: what changes?

To cope with the Covid-19 emergency, Genderplay 3.0 had to be renewed, as has already happened to many other initiatives in the nerd world, such as Modena Play and Comic-Con of San Diego. This year, therefore, the Genderplay will be held totally online and it will be broadcast in live-streaming on the channels of us Atlantean Seekers, during the day of Saturday September 19.

Given the new online mode, Genderplay 3.0 intends to partially change the format. The goal is include more guests and allow for more debate. For this reason, the Genderplay 3.0 will last from 15 to 19, with one conference e two round tables, followed by several online role-playing tables that will open from 20.30pm.

As always, people were invited experts of the topic dealt with, which will shed light on the various aspects of representation within the role play.

So let's see how Genderplay 3.0 will take place, who will be the speakers of the conference and round tables, and which games will be offered at the online tables!

The Genderplay 3.0 conference: representation and diversity in role play

Genderplay 3.0 will open with a conference, which will last from 15 17 on Saturday 19 September. I will take care of the opening speech to introduce the event and moderate the conference. After the initial greetings and the introduction of Genderplay 3.0, there will be speeches by the three speakers of the conference.

After the three interventions, you will have 30 minutes of discussion, where spectators can interact with the speakers and ask them questions.

The speakers of the conference: Aurelio Castro, Stefano Burchi and Andrea Porati

The first intervention will be that of Aurelio Castro di Women, dice & data, Bi + activist and PhD in psychology who we also consulted about the characteristics of sexist advertising in this e this article. Aurelio's speech will be entitled Destroying barricades and building bridges: different stories and prejudices in the gaming community.

The second intervention will be by Stefano Burchi, author of One-Night Stand e Stonewall 1969 - A war story, former guest of the first Genderplay. Stefano is also one of the people who organize the IndieCon in Rimini. His speech is entitled Culture changes with the stories we play and how we tell them.

The third intervention will instead be done by Andrea Portati de The Guild of the Cassero of Bologna. Author of the card game lobbies and longtime nerd, Andrea will give a speech entitled, precisely, Lobbies, the LGBTQI + world in a card game.

The first round table of Genderplay 3.0: How to create diversity in roleplaying: importing from abroad

Genderplay 3.0 will continue with the first of the two round tables. This round table will start at 17 and end at 18. The moderator will be Davide Quartucci, president of the Gondolin APS association. The topic of the discussion will be How to create diversity in roleplaying: importing from abroad and therefore all guests will be people who have had experience with importing role-playing games from abroad.

After a short round of introductions and initial questions, guests will be free to discuss the topic and answer questions from the audience.

Guests of the first round table: Laura Fontanella, Nicola DeGobbis and Claudia Cangini

The first guest, therefore, will be Laura Fontanella (or Saura Effe), publisher of Editions asterisk. Saura is a transfeminist activist with a degree in European and extra-European languages ​​and literatures, as well as the author of the book The body of the text. Elements of queer transfeminist translation. In this sense, just yesterday Saura translated the article for us Translating genderless subjectivities and, previously, the Open letter to JK Rowling from the Mermaids group. Furthermore, Saura wrote the short story School from the Loop. By dealing with inclusive translation, Saura will be able to give a point of view on the importance of making a conscious translation.

The second guest will be instead Nicola DeGobbis, managing director of the publishing house Need Games. Nicola was the protagonist of our series of interviews on safe space and again on 19 September he will master the D&D Celebration. Always attentive to inclusion and respect for all people, Nicola will be able to bring his experience as an editor of role-playing games.

Finally, the third guest of the round table will be Claudia Cangini. Claudia is a freelance illustrator and has worked on both comics and role-playing games. In recent years, he has illustrated the Italian editions of various role-playing games imported from abroad, such as Dungeon World e Dogs of the Vineyard. Today, however, Claudia works directly abroad on the original works of titles such as The Watch, Fate Core, After the War, Impulse Drive e Flotsam. Always careful to draw diverse characters, Claudia will be able to bring her own experience as a designer.

The second round table of Genderplay 3.0: How to create diversity in role play: starting from scratch

The conference part of Genderplay 3.0 will close with the second round table, which will go from 18 19. The moderator will be Fabio Catanese, co-worker of us Seekers. The topic of the discussion will be How to create diversity in role play: starting from scratch. All guests, therefore, will be people who have experience with creating role-playing games.

As in the first round table, after the introductions and initial questions, guests will be free to discuss the topic and answer questions from the audience.

Guests of the second round table: Daniela Giubellini, Marta Palvarini and Mauro Longo

The first guest will be Daniela Giubellini, illustrator of many Italian role-playing games. Among the most famous titles he has worked on, we mention Household, winner of the Role Play of the Year award, Broken Compass e Inferno. Very attentive to the historicity of her works, Daniela will be able to talk about how to illustrate role-playing games paying attention to diversity.

The second guest will be instead Marta Palvarini, co-founder and editor of Editions asterisk. Marta is a transfeminist activist and game designer; he edited the collection of essays Outside the Dungeon and role play Dura-Lande, which we have talked about here and here. As an RPG creator, Marta is the right person to talk about how to create representation through game mechanics.

Finally, the third guest of the round table will be Mauro Longo di Quality Games e Acheron Books. A well-known writer of librigames, non-fiction, fiction and role-playing games, Mauro is also the author of the spaghetti fantasy role-playing game Brancalonia. Among his other works, we mention the collection of short stories Zappa e Spada - Founding Fathers and Sons of the Gleba and the novel The Spectra Maker. As a writer, Mauro will be able to bring his experience in the creation of diversified characters and settings.

The RPGs that will be ported to Genderplay 3.0

After a well deserved break for dinner, the Genderplay 3.0 will return for a series of RPGs which have as their key theme the representation of diversity.

The sessions will be held on the Gondolin APS Discord server and will start at 20.30. To subscribe, just comment this photo album, by writing "I participate" under the game you want to try.

Our Fabio Catanese will bring a one-shot to the fifth edition of D&D, all about the dwarves and the gender roles of their society. D&D needs no introduction, but those who know this one-shot can assure you that it will be extremely interesting! You can subscribe Thu.

Marco Mantoanelli de The Victory Park instead it will bring a title that I had facilitated during the first Genderplay: Kagematsu. Set in feudal Japan, in this role-playing game you play the women of a village threatened by terrible danger. The only one who can help you will be the samurai Kagematsu ... if you can persuade him to stay, for duty or for love. Kagematsu is always played by a female player, while the women of the village are always played by male players. You can subscribe Thu.

Giulia Astolfi di Gondolin APS will master a Monster Hearts II, one of the most famous PBTAs in existence. All based on the fact that adolescents, between physical changes and the discovery of their sexuality, feel like monsters, this title will make you play hot and unpredictable situations. You can subscribe Thu.

Marta Palvarini di Editions asterisk will bring instead Sigmata, In a hack invented by her: Omnia Sunt Communia. This hack will ensure that Sigmata is set during the Religion Wars and the Protestant Reformation, which is another time when resisting oppression is not easy at all. You can subscribe Thu.

Giulia Cursi di Women, dice & data will master Thirsty Sword Lesbians, which also led to Master the Master. It is a PBTA in which the warrior princesses of She-Ra, lesbian and ready for both action and to conquer the beloved's heart. You can subscribe Thu.

Finally, Davide Quartucci di Gondolin APS will bring World Wide Wrestling. This is a PBTA too, and it's all about playing wrestlers, busy working through questionable stereotypes and a career to go. You can subscribe Thu.

From 15 to 19 you can see in live-streaming the conference and the round tables on Facebook page . of the Seekers of Atlantis. To ask questions to the speakers and guests, just comment on the live video on Facebook.

The role-playing sessions, on the other hand, will be held on the Gondolin APS Discord server. To play you have to register, as mentioned above, by commenting on thealbum of available titles, writing "I participate" under the image of the role-playing game you want to try.

The graphics of the banner and posters of Genderplay 3.0 are the work of Roberta Lai. 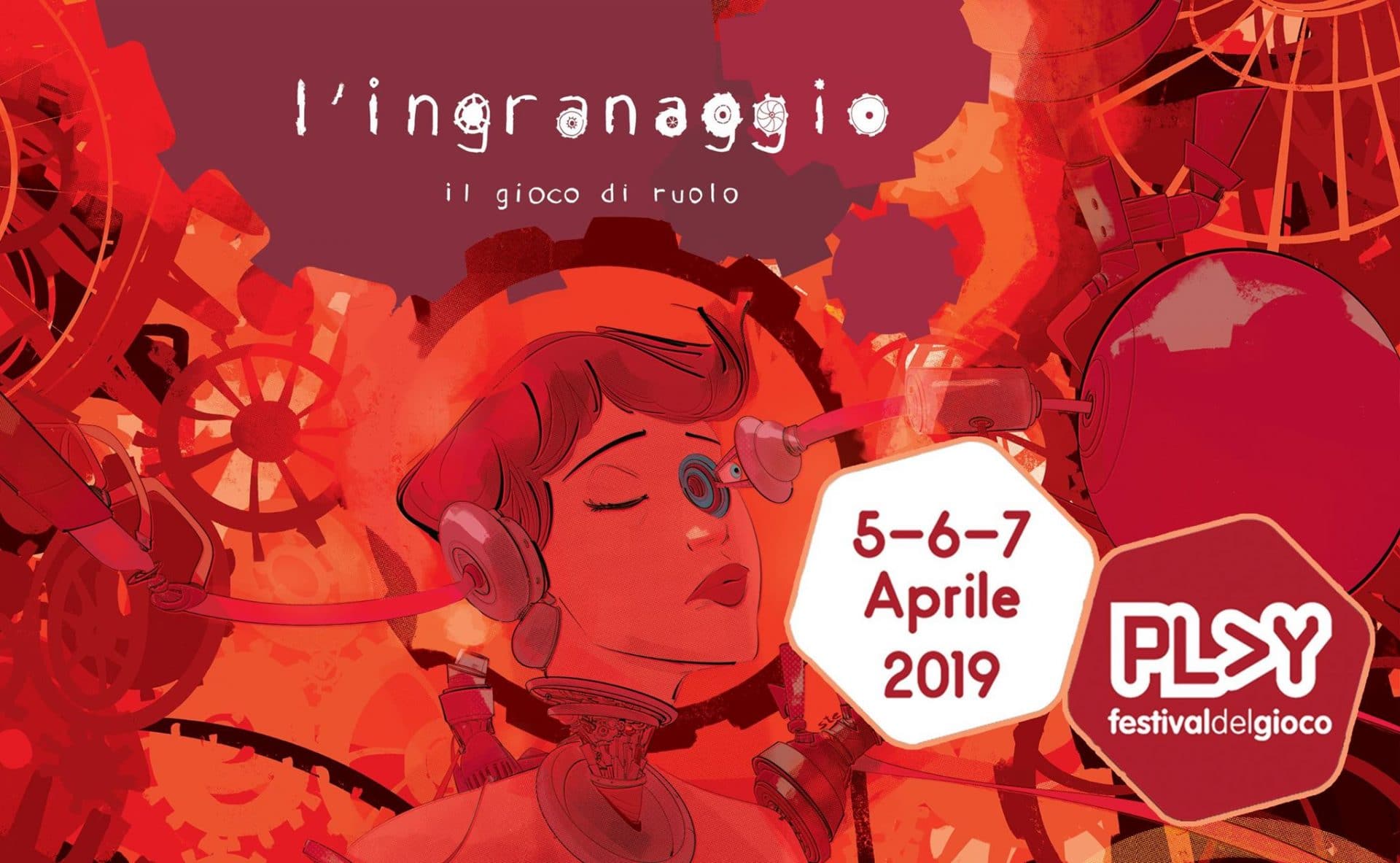 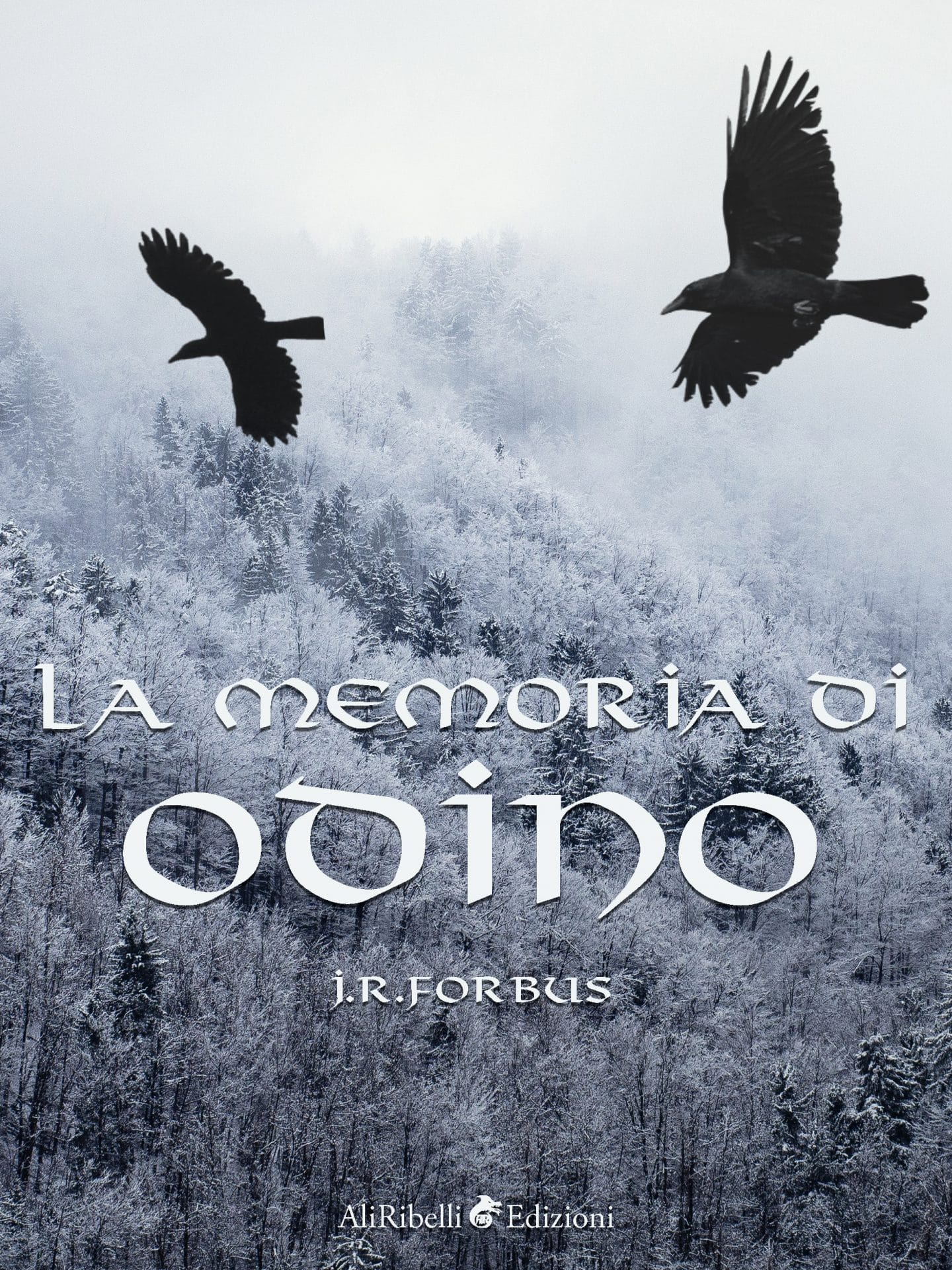 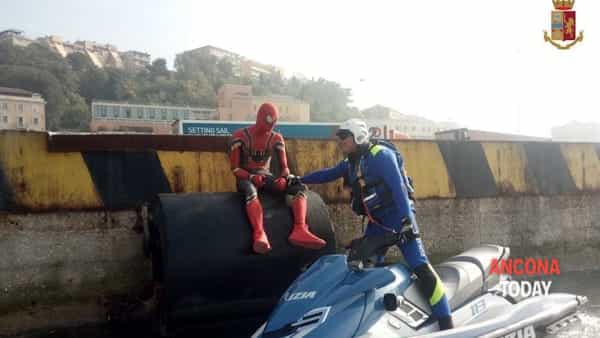 Ancona, city of the Avengers of hardship 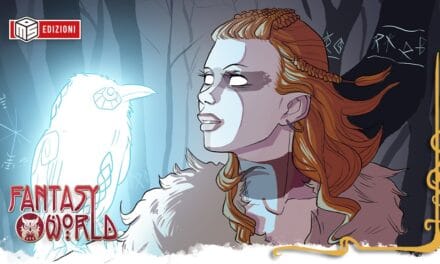 Fantasy World: interview with the creators