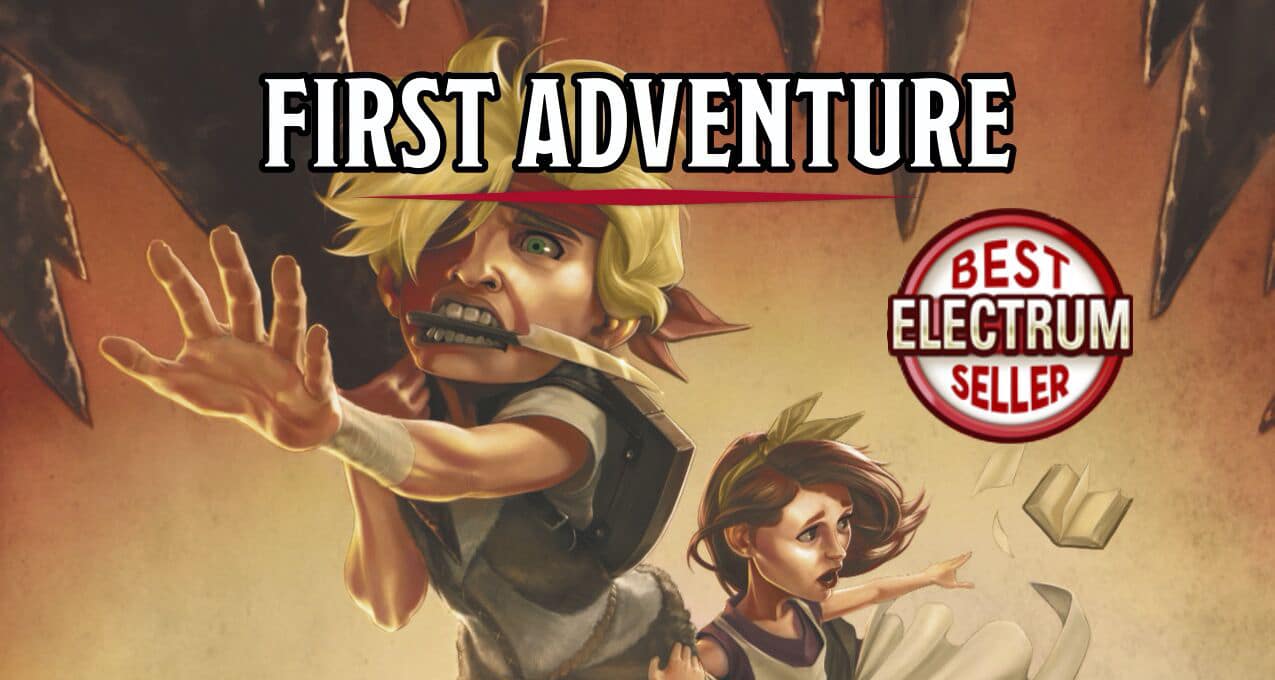 “First Adventure" is a product created by Leonardo Benucci, distributed on the platform DMSGuild and recently it has received its localization in Italian.

Anyone who knows me knows how refractory I am to D&D in its variations, although for years I have played with it, but with little success. I mean, he didn't have what I was looking for. Let's be clear, I still haven't found what I'm looking for.
Occasionally, however, it happens that a product catches my attention.

Here this is one of those cases.

Would you like to go and examine this product a bit?

The product is presented only in digital format, for a total of 69 pages illustrated in both color and black and white. The layout follows the first manuals of Dungeons & Dragon Next, and in fact I thought I had one in my hands Starter Set very particular.

The image that struck me most of all, is that of the first page of the pdf. We see six kids, very different from each other, who are in some trouble. The design is the son of the 80s of the last century, because it immediately refers to the memory "The Goonies". Do you remember them right?
Don't worry, the mission is not to find the treasure of "Willy the Orbo ". It is something far more serious, but let's continue!

Adventure is suitable both as one-shot, lasting about 5-6 hours, that as a small campaign of two sessions, of approximately three hours each. This possibility is due to the structure of the product itself, two acts divided among themselves which lend themselves well to an interruption in the narration.

The only note I can make to the product is its layout but, knowing the author's way of working, I am sure he will correct these minor errors in the next versions. Yes, because the author, more or less on time, releases a new version of the game after correcting any errors that are found.
So if you find something to correct, warn him, I recommend!

From the first moment I held “First Adventure” in my hands, I thought about the implications of letting children play.
Even when I got in touch with "Beyond the Wall“, I thought that more products would be needed for children and teenagers to play. Undoubtedly the arrival of “Tales of Equestria”, which in my opinion has more affectionate among the grown-up than in children, has cleared the idea of ​​role play with children.
Another important step, then, was taken thanks to "Stranger Things“, Which showed the kids that role-playing is cool.

Furthermore, speaking with the author, I had the opportunity to collect his experiences regarding the games played with various more or less young groups. It immediately occurred to me how times have changed. Arriving at the end of the adventure I had a very personal idea of ​​the product, but I was instead amazed by how its young players reacted.
In order to avoid looking like a dinosaur, I thought about my "me" of the past. How would I have reacted to playing this story? A question that will unfortunately remain unanswered, but which is pushing me, more and more, to look for brave young people to submit it to.

For being a "homemade" product, the manual is truly remarkable. The illustrations are very spot on and well cared for. The colors chosen are captivating, the cards, designed especially for the occasion, are very functional. The creator has also included a music support, within the section about him on DMSGuild, to help players immerse themselves in the game
I really liked everything, and not just the one!

These are just some of the positive comments about "First Adventure" to which I would like to add mine. Not for nothing, in a very short time it has become a "Best Electrum Seller". Are you curious? I hope so. You can find it Wed and I sincerely hope you can help him get to Adamantium It's a long way, but I sincerely hope he can! 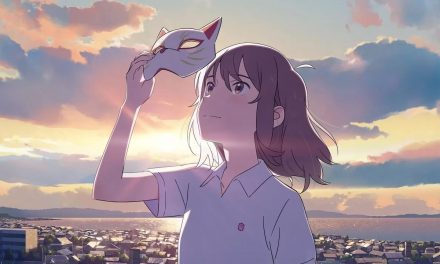 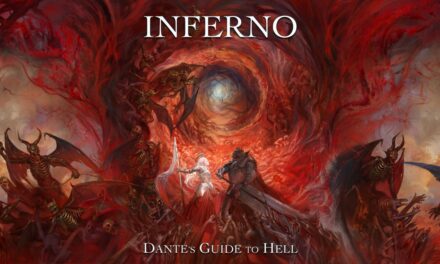 Inferno - Dante's Guide to Hell: here is the Kickstarter!