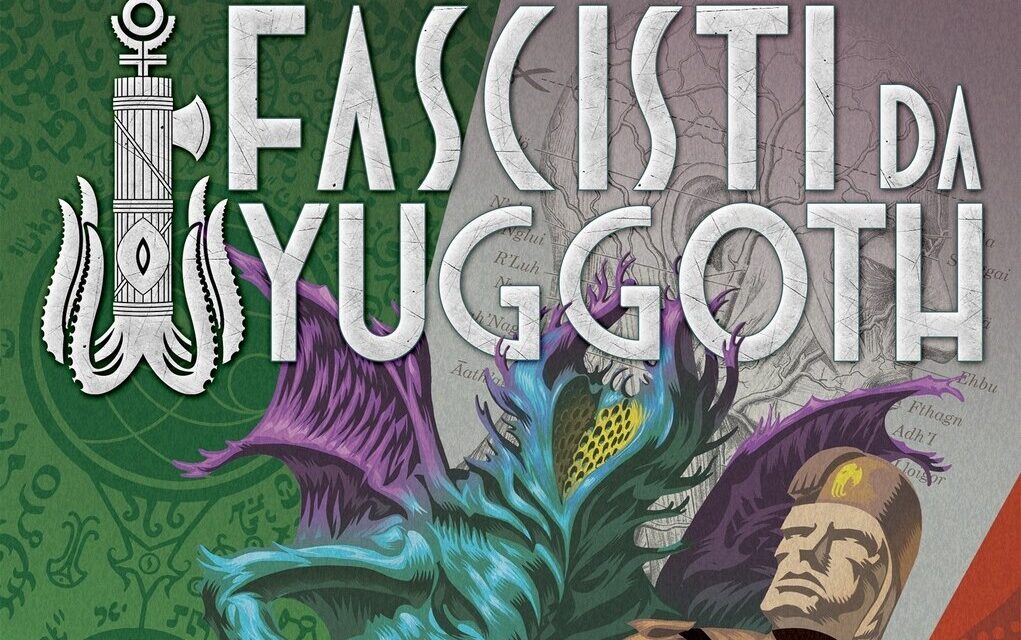 Fascists from Yuggoth is the latest collection of short stories published by Acheron Books which has as its leitmotiv a theme dear to us Italians: the fascist empire. Obviously I'm ironic!

It was back in 2006 when Corrado Guzzanti and Igor Skofic took our fascist heroes to Mars to conquer the red planet. You remember Fascists on Mars? Today, in 2021, Acheron instead brings the spores of Yuggoth to Earth, creating a ucronia so paradoxical that it borders on genius.

Fascists from Yuggoth was born from a stroke of genius. A battle cry stolen from Gabriele D'Annunzio and crippled for the occasion: EIA, EIA! CTHULHU FHTAGN!

Also this time, Mauro Longo, shows how easy it can be, by changing just a few words, to create a completely new narrative universe. I had already had this impression when I read Last Forsan with the famous Escape from Old York.

But let's talk a little about the book.

Fascists from Yuggoth an anti-fascist book

The first, necessary, thing to say is that this book is an anti-fascist book.
Each story in the collection has as its basis that of fighting the Fascist Regime of this ucronia. A Fascist Regime that extends to various parts of the world and which is in effect an even more evil and dangerous threat than the Third Reich.
This is because, in one of the stories, a famous Nazi doctor and scientist works with this Empire that stretches from Rome, to Mars, to the Leng plateau to Yuggoth!

Two words about the book

This volume is composed of thirteen stories, a prologue and an epilogue, which follow a very specific line. Each story is the work of a different author, some of whom we have already had the opportunity to meet on our site. The dynamic duo Sensolini-Mazza, known for Vilupera and who also collaborated in the drafting of a part of the Brancalonia manual. Massimo Spiga, of whom we had the honor to review paradox; by Marco Cardone we have spoiled yours Italian Way of Cooking. Finally, an increasingly well-known name in science fiction literature: Lavie Tidhar. This is an Israeli author, winner of the World Fantasy Award, who localized his work in Italian, always with Acheron: Central Station.

The stories draw heavily from the historical period in question and show us some famous people who are part of the history of our country. Pier Paolo Pasolini, Alberto Sordi are just a few who have been, let's say, bothered to come to life in these pages.

The characters are vivid and full of pathos. The book Fascists from Yuggoth, with the use of a specific language, it makes the antagonists realistic. With their Italianization of foreign words, the use of obsolete and futurist words, with the madness charged with their dreams of glory, the fascists are drawn just like in a film of the Istituto Luce.
So much prosopopoeia that it only demonstrates the nothing of their ideas, their aspirations and their imperial power, if it were not obviously for the spores of Yuggoth and the Mi-Go.

Considerations on the work and personal opinions

Like all anthologies of short stories not by a single author, I liked some stories more than others, but of all, even those I liked a little less, I saved something.
I deeply appreciated the tone of the narrative between the weird and the pulp, with strong female characters and with clear references to the collective imagination that Lovecraft has created.
I would like to focus on one point in particular without making spoilers. I get the impression that one of the authors has a thorough understanding of everything about Lovecraft and the Call of Chtulhu RPG. He managed to conjure up a possible Nyarlatothep avatar in my mind. The Outer God in question has a thousand faces, so why shouldn't one of his avatars draw heavily from an Italian cultural current that I have always found fascinating? Thank you very much Thomas Mazzantini!

Conclusions on Fascists from Yuggoth

How can we define this book? An anthology of short stories suspended between cosmic terrors and tragicomedy, between adventure and the grotesque, between action and nonsense.
But it is also much more than that. This work is just a treadmill for Acheron's future projects that are already working to expand the world of Fascists from Yuggoth with other products that will see the light in the near future… including spores, brought from distant stars!

Honestly I liked the book, so much so that I finished it in a few hours and I invite you to buy it through this sponsored link so as to be able to support our portal as well as the publishing house that sent this work to the press!

Before I leave you I would just like to tell you that if the stars are in the right position maybe we will be able to see the suns that kiss the Earth and the world of Yuggoth shine on the Fascist Empire, in a role-playing game with pulp and weird themes! 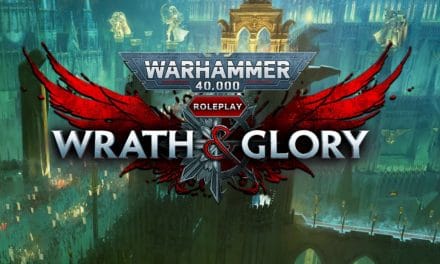