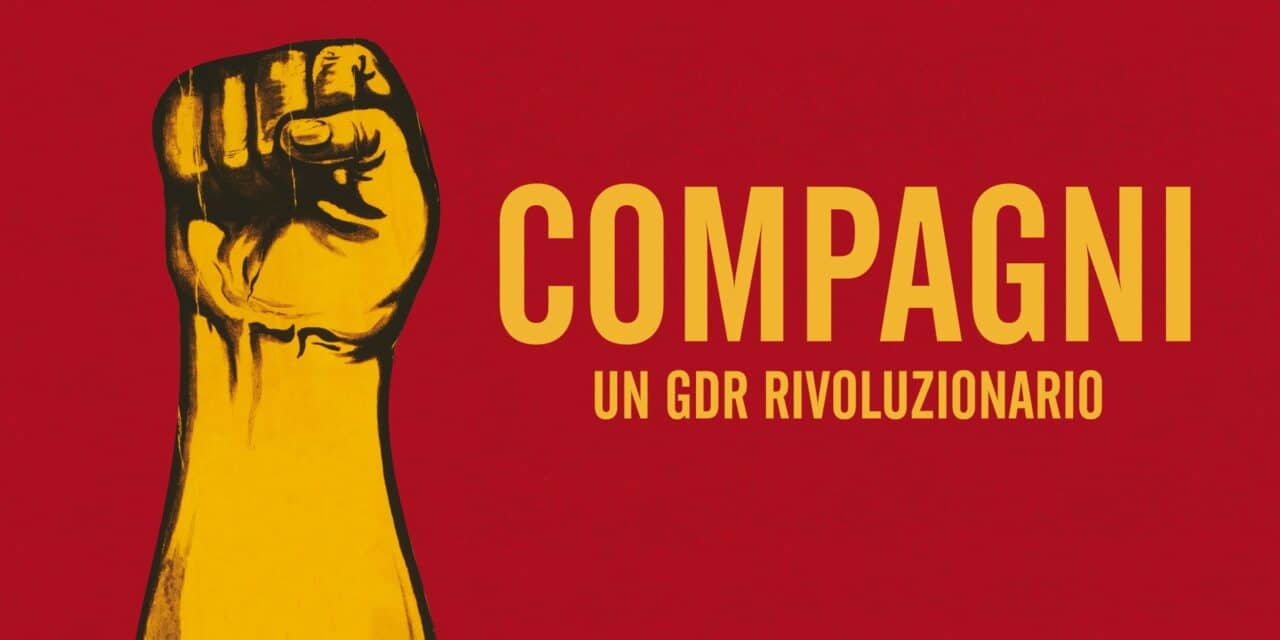 Comrades is a role-playing game by WM Akers translated and brought to Italy by Kaizoku Press. This publishing house has brought titles such as Kobolds eat children, Rappan Athuk, Mutants & Masterminds, while he will take care of the translation, in Japanese language, of Lex Arcana in the land of the Rising Sun.

But why today I want to talk about Comrades? First of all because, seeing the presentation trailer of the game, created by Emiliano Ruggiero, several controversies immediately arose. Many people reacted to the video by not understanding, or unwilling to understand, what this product was about.
To begin with, therefore, it is right to show it to you. For the explanation of the product, I invite you to continue reading the article. Let it be that the video is not taken out of context!

Comrades is a PBTA (Powered By The Apocalypse, ne abbiamo already analyzed several on our place). Vincent Baker devised this system in 2010 and many games have implemented it to date.
The peculiarity of this kind of mechanics is that, through simple rules, complex stories can be told, where the relationship between the players at the table is fundamental!

Participants in the game will be able to choose from some booklets where the archetype of their character is explained. In this PBTA the choice can fall between ten different ones, which are: theArtist, Gross, Demagogue, Patron, Mystical,Worker, Professional, Propagandist, Soldier and Student.

Obviously, as in any self-respecting PBTA, it is possible to design your own personalized booklet. In this way, it will be possible to choose a figure that you consider fundamental in your revolution, and that has not been contemplated.

The manual, in addition to the character booklets, offers you all the rules to build your own world, real or imaginary, where the story will take place. If you don't have any ideas about it, the creator of the game presents you with three possible settings. One from the past, one in the near future and one at the time of the October Revolution (approximately).

You can be communist revolutionaries, anarchists, nationalists, friends of Nievsky. Whatever your ideology you can play with this role-playing game. One thing won't change. You will be Comrades!

I've always loved the etymology of these two words which describe roughly the same thing: a popular movement. One, however, succeeds, the revolution, in bringing about long-term changes, both for good and for bad. The revolt, on the other hand, does not lead to any radical change.
If we look at the past, in fact, history is full of revolts, but revolutions are quite another thing. In Florence, for example, during the period of the Communes and the Signoria, revolts often followed one another: that of the Ciompi, the wool carders who demanded higher wages, or the Pazzi conspiracy, to steal power from the Medici.

And then at the end of the 1700s what happens? The first real recognized revolution in history: the French Revolution.
I say recognized because previously, the American war of independence assumes a revolutionary clash in all aspects! Think about the Boston Tea Party, the intolerable laws and the tax problem.

But there is another thing that should be emphasized. These social, political and economic changes always develop from a specific class. That worker!
The manual, in its initial manifesto, asks itself a question: what happened to the workers' movements, the trade unionists, the Marxists and the revolutionaries? No response has yet been received, but I hope those who will play Comrades they will be able to give us their opinion.

Without realizing it, when we read a book, when we watch a television series or a movie, we are given incredible ideas for possible campaigns. Only in the last few years have the following titles come to mind: Sons of Anarchy, Killjoys for television series. Do you remember the words Jackson Teller reads in his father's diary? Words taken by Emma Goldman:

So Sons of Anarchy could be one of your settings. A group of motorcyclists against consumerism and capitalism.
In Killjoys, on the other hand, the struggle could arise from a religious movement!

And finally The Hand of Glory for books.
If you are ever interested I am developing, from the moment I read the game, a small setting based on the three volumes of The Hand of Glory, a story born from a musical album by an Italian group called IANVA.

Speaking with the translators of the game, I was amazed by one of their sentences:

[…] It took a maximum of ten minutes, after seeing the author's minimalist introduction, to lead us to say: this game must be played and brought to Italy. There is no such thing as this. And then after the kobolds eat the children, we had to stay in the camp of the communists eat children (joke ed) [...]

This game is really fundamental in Italy, even if perhaps those who play it will already know what a revolution is talking about. Unfortunately, it is always difficult to get someone with different ideas to approach this kind of fiction and storytelling.

It's time for thanks for bringing this game to Italy, both from me and from the Kaizoku Press.
Their and my tributes go to La Città del Sole, a publishing house in Naples, managed by Giordano Manes, which has been operating since the 70s. It deals with specialized publishing in the fields of philosophy, history, politics and economics, proposing fundamental texts of critical thinking to offer readers works that are the basis, as tools of study and knowledge, for a valid training work . Over the years, works have been published in collaboration with Italian and foreign cultural institutions and universities and a voice has been given to both prestigious intellectuals and young researchers and scholars. And, even today, to those who propose high values ​​for training.
But they don't end there. Our thanks also go to Gabriella Mazzon, Professor of History of the English Language at the University of Innsbruck, whose revision allowed the completion of the game.

So give it a try. Play. Try to understand what there may be important to fight for and fight for it. And if one of your Companions should be about to give up the fight as a last act of sacrifice, do not forget that you can always hug it to you remove him from death and keep him fighting ... 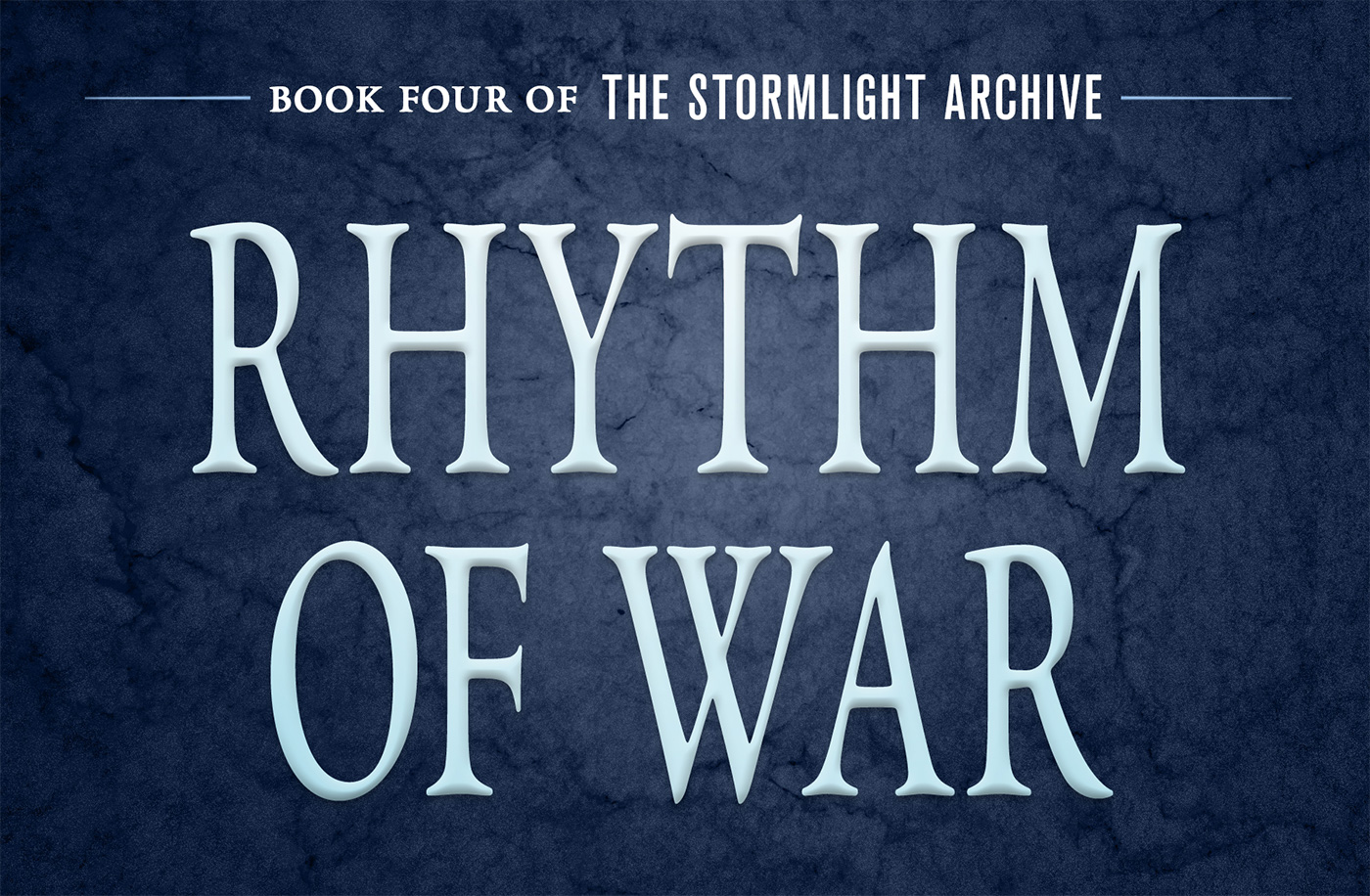 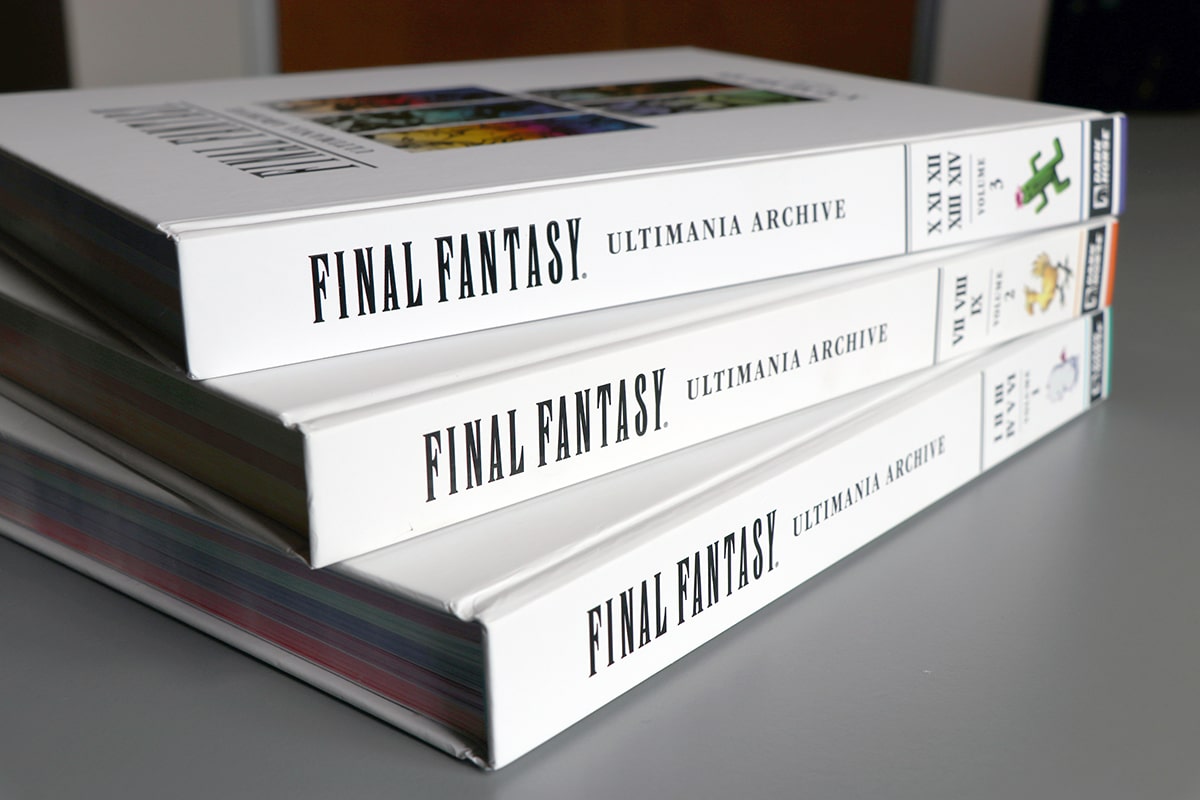 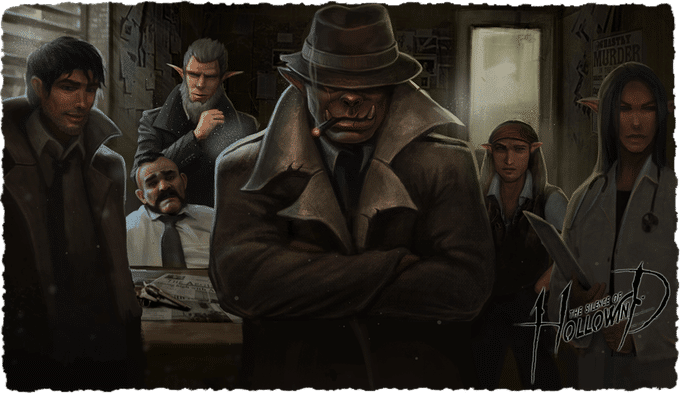