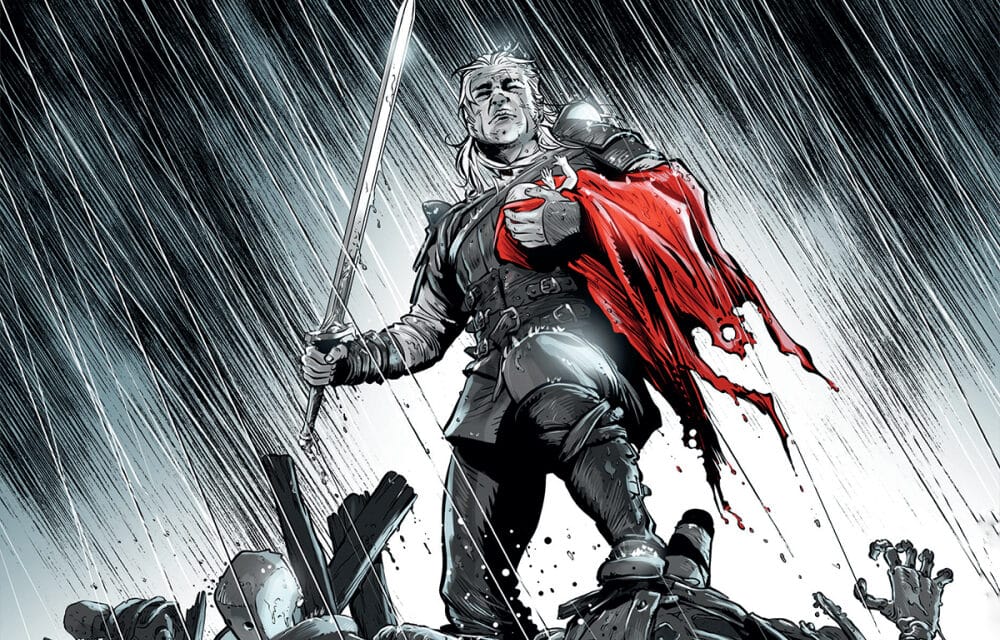 "Born in battle”Marks the beginning of the three-act miniseries that will tell the dramatic showdown between the followers of the Lady of Blood Tears and Ian and the“ Swords of Justice ”led by Emperor Nahim.
These three numbers, in strict continuity, also mark the "end" of the long ride that was the saga of "Dragonero the Rebel"Published by Sergio Bonelli Editore.

Before continuing, I apologize to those who follow us for my prolonged absence. In fact, not only are the last moments of the Rebellion the most delicate ones, you also want to close as many plots as possible, but also above all, and unfortunately, everyday life is ...

Battle Born, The Wrong Side of Heaven and the Righteous Side of Hell, Volume 2, 2013, Five Finger Death Punch

After stopping Saul Jeranas' invasion of the undead, the Swords of Justice resume the fight for the freedom of the Erondár against Leario. The threat of abominations is still far from being averted, as is Roney's desire for revenge for the death of his beloved Sofia. Dragonero, however, is completely dedicated to Elara, the daughter that Briana is about to give him: it is in her that the hopes for a future of peace in Erondár are placed ...

We are facing one of the most important chapters of the "Dragonero the Rebel”, Even of the whole history of the character if I can unbalance myself, and I have no problem in stating it!

Stefano Vietti he proved, once again as if there was a need, to be a fine screenwriter. We have repeatedly reiterated that the two creators of Dragonero are weavers with masterful ability. They were able to engineer a story down to the smallest details, which lives and develops between the white spaces between the tables and between one album and another. Small and big stories, each one characterized by his emotional load, which make up the wider Dragonero saga and that he has in "Born in battle”, Perhaps, one of its apexes. Really congratulations!

Analyzing such a dense episode is not easy at all, especially in trying to avoid spoilers. It is true that by now the register came out in August, but you never know what the reading times of each are.

We hold in our hands a story of hope, after all the promise of a future Erondár in peace is deposited in Elara, but before reaching this we are forced to go through a series of farewells for which, perhaps, we were not prepared (even if the signs were all there!).

But despair and hope aren't the only two emotions battling each other in this issue. Thus we descend into the abyss of revenge, of betrayal, but we are also witnesses of friendship, sacrifice, participation:

Spoiler
“At that moment all of them felt their hearts tighten.
An unspeakable pain.
A chill down my back.
The sharing of a broken breath.
The blood stop in the veins.
The forces fail without hope.
Then they heard a scream. A new scream they had never heard before. "

Luca Barbieri, in the editorial Chronicles of the Rebellion, retraces the many people Ian and Myrva met during their mission in "The days of hate” (“Dragonero the Rebel"N. 33, July 2022).

Their older brother Drev, who died and turned into a returning. Ian meets his ancestor Aarno Voltoferoce, forger of the sword Saevasectha, Cruel Cutter. I was then given a way to see his old commander again when he served among the ranks of the mercenary company of the Senzanima: Greevo. The ghoul Rhooga, charismatic and longtime villain, appears again, this meeting does not bode well, we must be sure!

Of strong emotional impact is the girl without a name, glimpsed in "The land of no return” (“Black Dragon"N. 59, April 2018), which is overwhelmed by the violence expression of hatred prevailing in Erondár due to the plague of the undead.

A strong pain, like the one that will cross the entire register "Born in battle".

The cover is already the bearer of the incident's immanent sense of despair and hope. The close-knit couple Gianluca Pagliarani (drawings) and Paolo Francescutto (colors) surpasses itself once again by paying homage to Schindler's List (Steven Spielberg, 1993) with a composition in grayscale broken by the red cloth in which Elara is wrapped. Ian stands out, sword in hand and with the other supporting and protecting his daughter, on a mountain of imperial fetishes. A pouring rain falls on all of them, streaking Ian's face, already streaked and destroyed ...

A register like this could only be entrusted to the drawings of Gianluigi Gregorini who has masterfully managed to visually transpose Stefano Vietti's splendid and heartbreaking screenplay.

At the lettering we find again Marina Sanfelice.

In the next few days I will try to recover the lost time. We will then deepen "Conquering an Empire” (“Dragonero the Rebel"N. 35, September 2022) second act of the liberation of the Erondár. 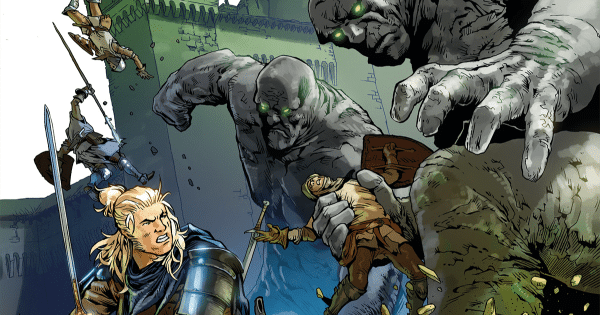 The Stone Guardians - Dragonero, the Rebel # 3 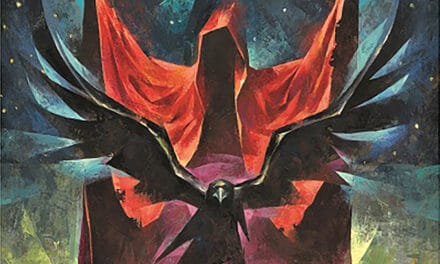 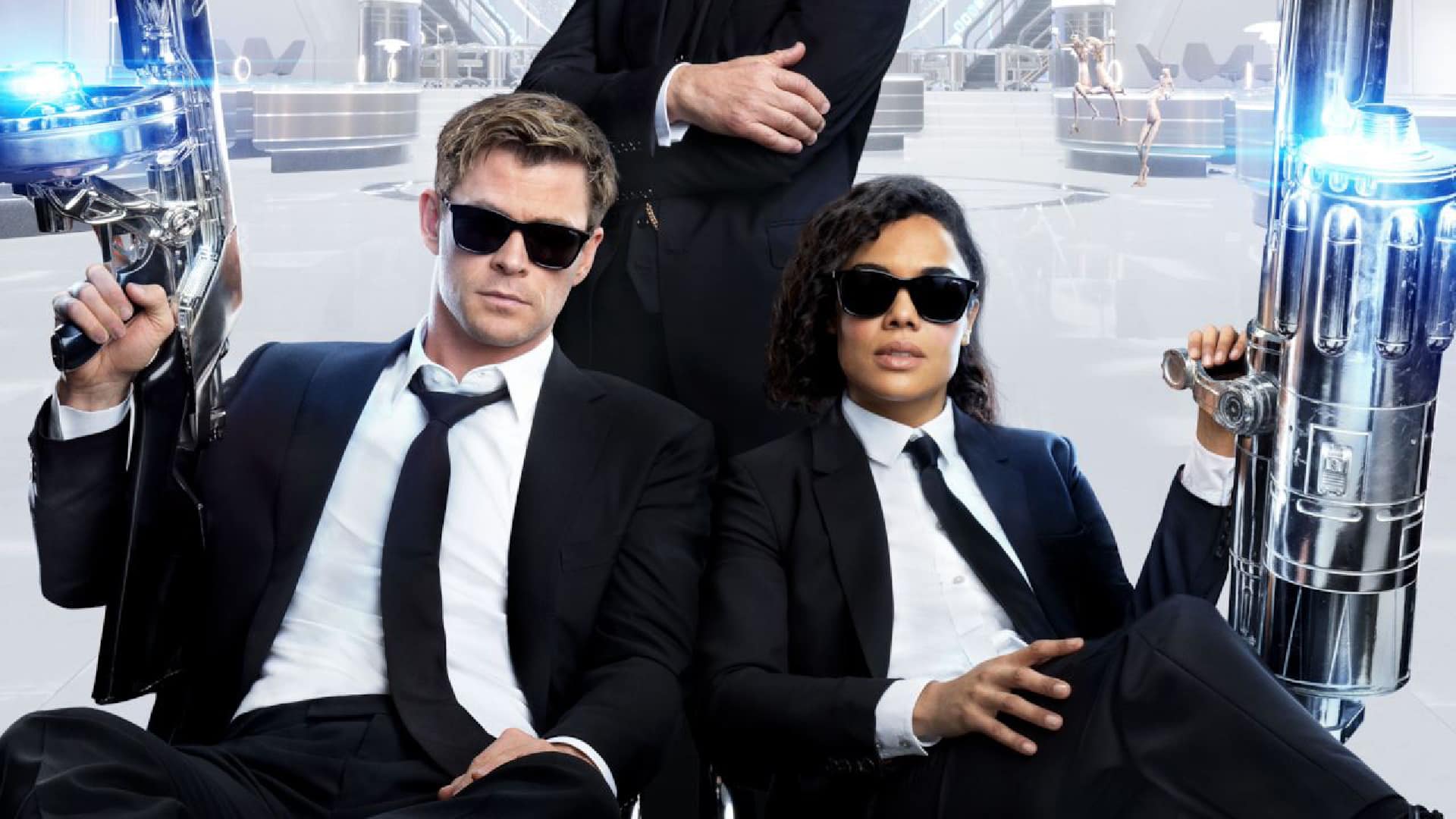 Men in Black: International - The Review