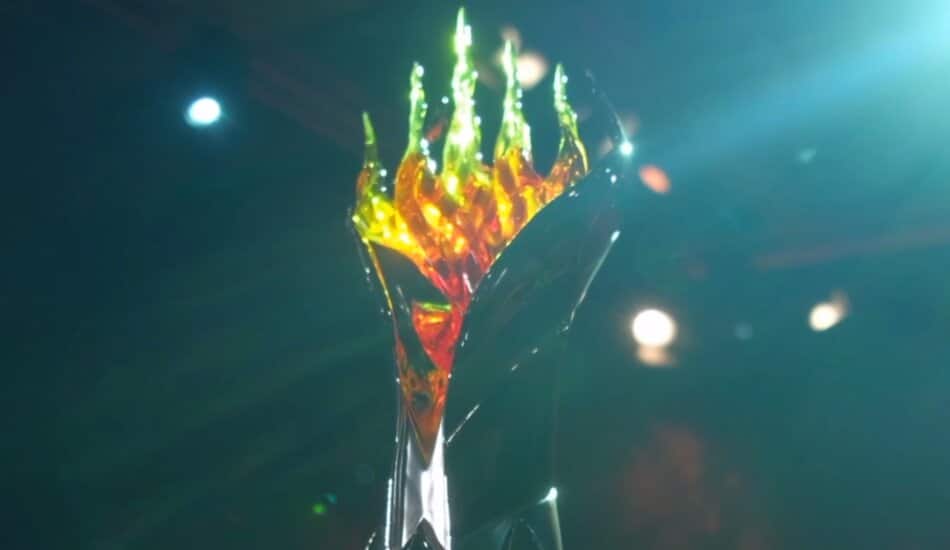 Out of the world of Magic: The Gathering, Autumn Burchett it is not a name so well known in our country. But in the States and in the online community, it has caused quite a stir lately.

Before starting to clarify the story I have to make a couple of necessary premises. For the uninitiated, Autumn Burchett is a person who plays at Magic: The Gathering and who identifies himself as a person non-binary transfeminine. During the last Mythic Championship VI, Autumn was at the center of a debate that still drags on today.

The second premise is that the speaker is an accredited game referee Magic: the Gathering, who feels the need to clarify, or at least groped, the story. For other Magic articles, Thu the story of Fblthp, Thu a comment on The throne of Eldraine e Thu a little bit of lore on The War of the Spark.

It is not very easy for us Italians to understand what happened during this event that involved Autumn Burchett and the Wizards of the Coast, but we will try to explain to you what happened.

Il Mythic Championship is a monthly event organized by the Wizards of the Coast, which gathers the best players in the card game, both on paper and digitally.

Here, during this event, Autumn Burchett played some lands in his deck that had the following written: "Trans Rights Are Human Rights" or "The Rights of Trans People Are Human Rights" e "No Terfs On Gruul's Turf". This second is more difficult to translate because it plays on the name of a card Magic: The Gathering, precisely Gruul Turf (Torba Gruul). So it would mean "No Trans-Exclusionary Radical Feminist on Peat Gruul". It therefore plays on assonance TERF/Turf.

So far all clear?

As you can see for yourself, on the bottom of the card, the name of the card designer has been deleted.

This kind of land, much sought after by collectors, was designed by Terese Nielsen, an artist married to another woman. Note that, before his first marriage, his last name was Spencer, sister of Ron Spencer's other designer Magic.

But where does this strong stance come from? Let's take another step back.

When likes can cause "problems"

Terese Nielsen had already risen to the headlines, a few months ago, due to a like left to a comment by a friend of her ex-husband and another exponent of the American right, in particular the most extreme.

Terese Nielsen was therefore accused of being part of the alt-right, of being a "bigot" and a "Nazi" because of her "political sympathies".
These allegations were made on the basis of being "guilty by association" of interacting, through his personal Twitter account, with certain types of content of Mike Cernovich, Eric Trump e Jack Posobiec. These contents revealed a positive attitude towards President Donald Trump and negative towards “Anti-fa” exponents.

Are we sure that his political sympathies are going in this direction? None.

In response to these "accusations", Terese Nielsen has released an open letter to all her fans and not, which we report here. It talks about her life, how she grew up and is a kind of defense against those who attack her.

What happened during the Autumn Burchett tournament?

Here we are at the “indicted” moment.

During the tournament, as mentioned above, Autumn Burchett he had played two specific lands with the name of the designer deleted. This stance was considered very strong by W who kindly asked the person to remove those lands and replace them.

Autumn Burchett, in her subsequent tweet, first of all, immediately wanted to reassure the players that the decision had not been made by the referee staff of the event, but by Wizards Corporate itself.

Obviously, Wizards of the Coast made this decision to protect a longtime partner and collaborator like Terese Nielsen. If memory does not deceive me, in fact, Terese has worked as a designer for the WotC for about twenty five years. This decision, however, was not taken lightly and sparked disappointment in the transgender US gaming community.

In addition to disappointment, this stance delayed part of the tournament itself. In fact, there has been a wave of live protests on the Twich platform which has further aggravated the situation. This showed that there is still "a lot of work" to be done to ensure that certain situations are not only shared but also understood.

The gesture itself is striking, reasoned, justified for the most part, perhaps even a little exaggerated and extreme, but still the result of an exasperation.

Maybe Terese Nielsen was branded as "TERF”Not so much because it opposes the rights of trans women as because it is associated with the US Alt-Right. This “TERF” current tends in fact to discriminate against trans women stating that, according to them, they are not women. I don't know if you got to see a TV series from a few years ago (four now) entitled Sense8. Here, already in the first episode one could witness a clash between a trans woman who was discriminated against by other women who did not want to recognize as one of them.

It may be that, in these times a little confused, full of more or less obvious resentments, we tend to use certain terms, such as "TERF" and the like, not so much for what they actually mean, but to attack members of other LGBTQ + or feminist currents for their ideas or political beliefs that , not shared, can be seen as counterproductive, toxic or just a little too right-wing.

I repeat. These are only hypotheses because, in my opinion, what Terese Nielsen demonstrated is very far from what she was attacked for. Maybe I haven't been able to dig that deep and discover other things, so to speak… hidden.

It is humanly understandable, in fact, how much LGBTQ + communities feel attacked even through small things like a like on a tweet. In fact, these suffer daily attacks, sometimes very heavy, discriminatory from an American policy linked to the Republican party and to currents belonging to the Alt-Right. In a global world like ours, therefore, too likes should not be left lightly, even for friends of her ex-husband and especially if they belong to the Alt-Right.

It is not difficult to understand how one public figure, which may be the aforementioned artist, is attacked by that community to which she too belongs. Being a public figure, he should understand the purpose of his gesture and how these same gestures can be perceived.

Terese Nielsen support to the LGBTQIA + community during Pride Month

What you see above is a drawing prepared by Terese Nielsen, a few months ago, for Pride Month. The first thing that came to my mind is a Vulcan saying:

In addition to this beautiful work, and those who deny it plague take it, Terese has entrusted another open letter to all human communities. These are his exact words:

I support human rights, trans rights, gay rights, as well as religious freedom and the sacredness of life in all of its forms

The more or less literal translation would be: "I support human rights, trans rights, gay rights, as well as freedom of religion and the sacredness of life in all its forms". This claim therefore would disprove the fact that Nielsen is a TERF opposed to trans people.

I have more to say, but I keep it for later.

The situation was not immediately clear and, I myself, to get to grips with this matter, which I did not follow live, was helped by Frederick the Elder, fellow MtG referee and longtime friend, who explained the whole thing to me, shared the sources and helped me understand the dynamics that had happened.

Another huge thank you goes to Editions asterisk, in particular a Martha Palvarini, and to my colleague Glory Comandini, who have patiently explained to me how I should write this article, the correct terms to use and much more. I always want to remind you of an old article of ours on the issue of asterisks to be used in certain situations.

The story, in all respects, is unclear. The starting point, in my opinion, is very complex. Although Terese Nielsen is politically aligned with i Republicans, there is no data that binds it to the American Alt-Right if not simple likes, which could be directed to the political idea, but others could be directed only to the person. In fact, I would like to recall that one of the three likes was directed to a friend of her ex-husband.

Of course, Wizards has become very progressive on the subject in recent years, far more so than in the past century. But there is still a long way to go and I don't feel like judging it for having put a dual policy into practice. The first is the basic one of any company that can be exposed to a legal nature, so it is always better to apply a "better be safe than sorry" (better to be safe than sorry). The second is what I feel like sharing as a human being: every message of inclusion is always welcome, in every field, while those of discrimination, in every field should be abhorred.

So all this should not be seen as washing one's hands, but that every human right belongs to everyone, whatever your type of belonging. We are all human, so we try to stay that way, we try to understand our neighbor and also to understand that there is only one human species to which we all belong.

My only hope is that this matter won't end with a simple:

This must be a starting point for creating a dialogue between the parties, sit at a table, even virtual, and talk, talk and talk so that everyone can get to know each other, understand and finally accept, overcoming all differences and abandoning resentment and hatred. Especially for the words that the artist said and the support she gave to all the LGBTQ + communities 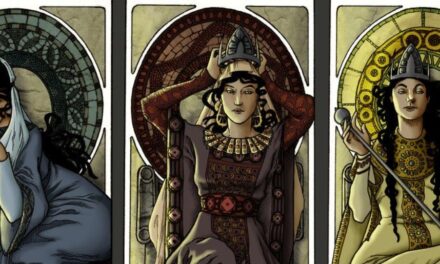 Women in Middle-earth: an active protagonism 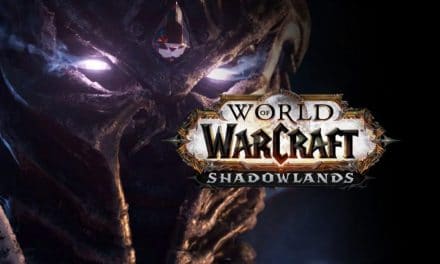 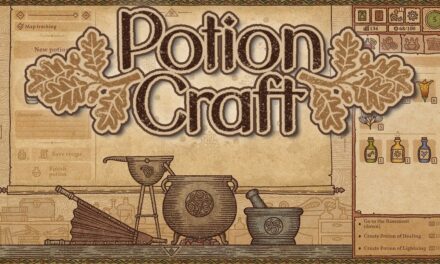