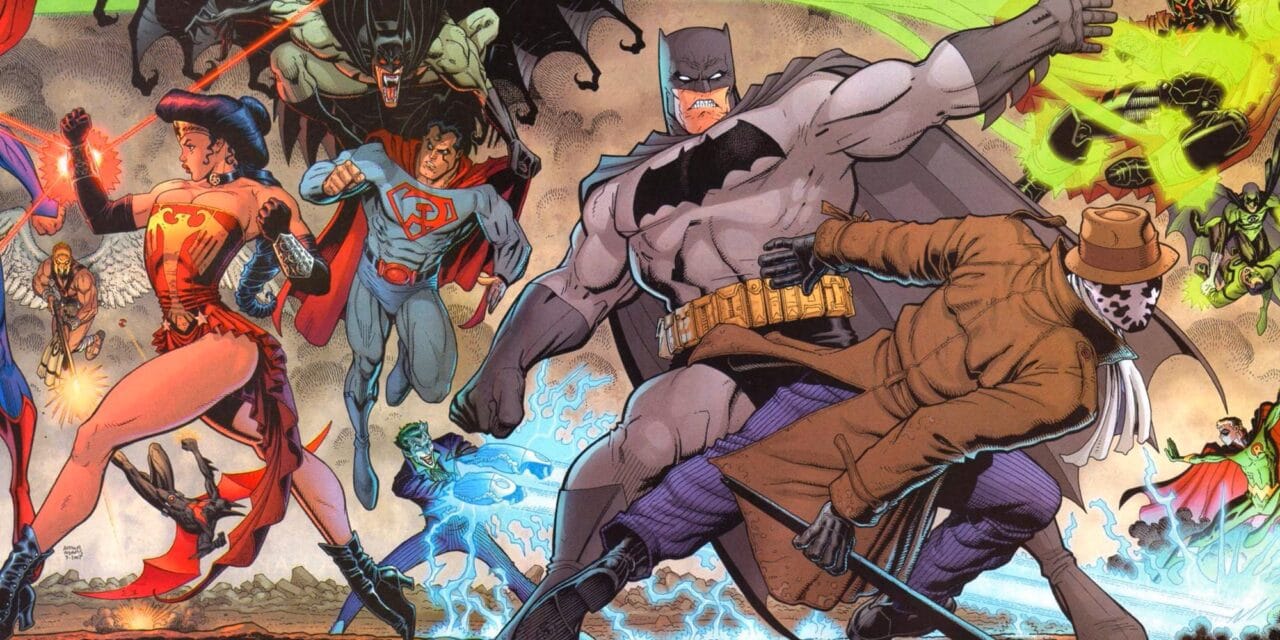 But what is an alternate world? Simple is a world where the story of our favorite super heroes did not go as per the canon, either because a small change has altered everything, either because it is set in different historical periods or because certain heroes never existed. We are therefore talking about alternative realities!

Of alternative worlds and its species

I can assure you that I like the alternate realities a lot, because they allow endless stories and make us see our heroes in aspects that we never expected. Thus increases the space of the imagination, which is usually restricted to a single world, and instead places us in front of an infinite plethora of variants that have the imagination of the authors as their only limit.
The success of these projects was such as to force the two publishing giants DC and Marvel to justify, within the canon, these projects, creating real multiverses that are increasingly complicated, in some cases to the detriment of readers.

Real cross-overs between the various versions of the base world (this would have led to the DC having to cancel the multiverse in the very famous Crisis on Infinite Earths saga, but that's another story). The fascination of parallel realities still keeps thousands of readers attached to the internet in the hope that sooner or later some rumor about the reappearance of this or that alternative character will peep out. During the Countdown to the Final Crisis, an Arena was even held, among the various versions of the most famous DC characters. to decide who would have the honor of being part of the honor guard of the megacathlon on duty.

Today it will therefore be my turn to take you, through my quantum gondola, within some of these worlds, starting from my favorites and then who knows, maybe in another reality this article could range even more. Yes I know, I'm purely DC, what do you want to do, What if Marvel I don't like.

Truth, Justice and American Way! This is the slogan we have been hearing from the mouth of the most famous hero in the world for years. But what if that's not the case?

What if the rocket that brought poor little Kal El to earth hadn't landed on the American continent but instead fell, what do I know, in Ukraine under Stalinism? From these premises a totally different world starts, a world where the greatest superhuman carries on the values ​​of Soviet communism, establishing a real cold war on metahuman armament with the United States, allied and then led by a brilliant Lex Luthor. .

But be careful not to see Red Son as just an inverted story than usual, it is actually a much larger metaphor on the use and abuse of power, a variant where our good Kryptonian over time moves away from value of American freedom driven by the need to control an increasingly chaotic world, in short, a Super Stalin. What to say? It is not the first and last time that we will see Kal in versions similar to these, mindful of the fact that power corrupts, but it is certainly one of the most interesting because it shows us a totally changed world not only from the superhero point of view, but even on a political level, in short, a must have for all fans of ucronie. You can buy the volume at this link.

What if the Green Lantern ring ended up in other hands?

What if those hands were Bruce Wayne's? From these premises one of the most bad ass characters in the entire history of comics is born, as well as one of my favorites, a vigilante with an iron will armed with one of the most powerful weapons in the cosmos! That is, WOW! Obsessed with defending his city, poor Bruce Wayne will be continually scolded by the Guardians of the Universe until Sinestro intervenes in his life and then the decision to leave for space will be almost a must. If you want to see an alternative Bruce Wayne, endowed with spectacular powers, this is the comic for you, but remember that there is no escape from being Batman.

One of the deepest alternative worlds.

Here we could talk about it not only for hours, but even for days! Among my absolute favorite comics, either for the plot or for the drawings by Alex Ross, Kingdom Come is a fierce criticism of the Iron Age of comics (and you know when you can't stand it).

In a world where metahumans are now running around completely free, where the difference between hero and villain is now non-existent, returns a Superman who had exiled himself after the death of the woman he loved to try to put some order. But nothing will be as simple as you can believe, since the world has become gangrenous on the logic of the Iron Age and only an iron fist (or steel?) Can try to move that quagmire, at its peril. It is interesting to note how the whole comic is full of biblical quotes, starting from the title itself, linked to the apocalypse of John, a fairly clear clue as to where, towards the end, it will go, but I want to avoid any form of spoilers.

It should be noted that by moving the "unknown years" clock forward, the authors were able to indulge themselves in showing us the decline of old heroes and in creating new ones, as well as drowning the story with quotations from various sources, almost as if it were a work by Alan Moore. This, in my opinion, you should necessarily have it at home. You can buy it Wed.

The first comic to give rise to the Elseworlds brand, a real production line of alternative stories for the DC Universe, Gotham by Gaslight moves us to the Victorian era where a young Batman at the beginning will have to hunt down the most ruthless criminal of that era: Jack the Ripper!

And if all this were not enough for you I can also tell you that the story will not be a generic fist fight around the city, but a real thriller in which ours will find himself discovering secrets about both the family and will also be accused, in the his identity as Bruce Wayne, to be the serial killer! To say that this version of Batman is perhaps the most loved would be an understatement, in fact, not a year goes by that readers do not keep asking for new stories, perhaps with a more steampunk look.

After talking about two versions where Superman becomes a kind of tyrant, it seems right to mention a third one and close the triptych.

Injustice it was placed in the special category because it is not a real comic book Elseworld, in fact it starts as a story for a video game and only later becomes a comic. In this world, the Joker drugged poor Kal who in hallucinations killed Lois Lane and her child in her womb, also unleashing an atomic bomb that destroyed Metropolis.

Having lost everything he cared about pushed ours over the abyss and it was the Joker who literally saw his heart ripped from his chest. Obsessed with control Superman slowly descends into madness and becomes, along with his friends of the Justice League and several supervillains with similar ideas to him (such as Sinestro and Black Adam), the master of the world.

To rebel against his dominance there will be only Batman and a small group of a few metahumans and others, enhanced by particular pills capable of increasing the characteristics like those of a Kryptonian. Although we can safely say that the game is not that great, the same cannot be said of the setting which, for sure, puts us another version of Superman tyrant, this time however with an obsession that makes it more like the Punisher, and a darker and more violent Justice League.

Conclusions on alternate worlds in the DC universe

Well, we've seen a few worlds, what do you think? As you can read, I avoided putting any kind of spoiler in order not to ruin surprises.

Unfortunately many of these volumes are not easily recoverable, but you never know that if you can read English well, you will not be able to find them one day in a stream or on the back of a mule.

And which of the alternative worlds of DC Comics do you prefer? 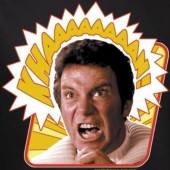 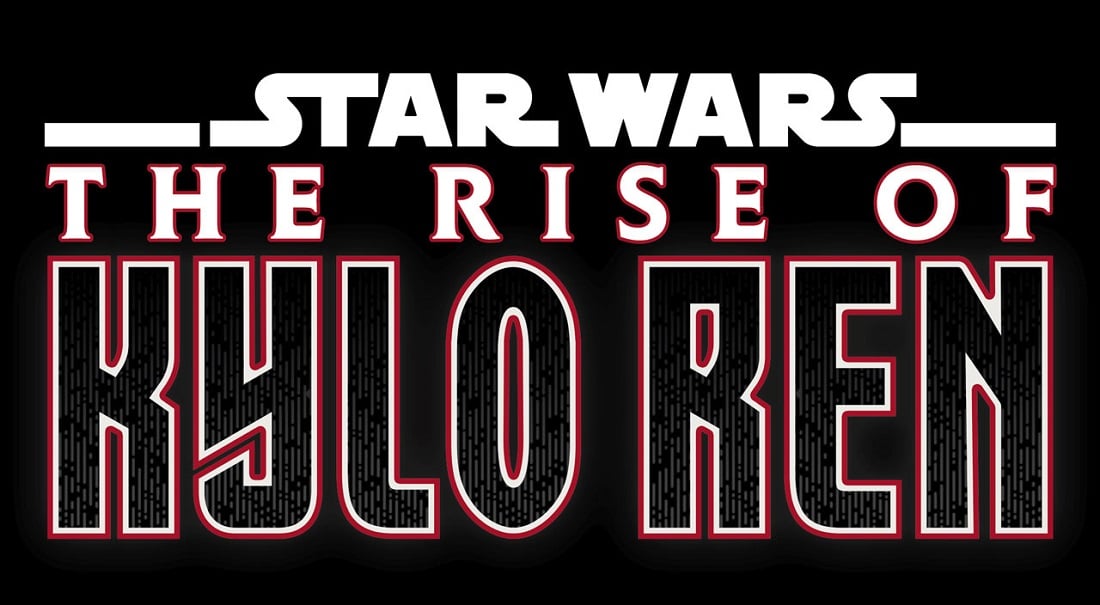 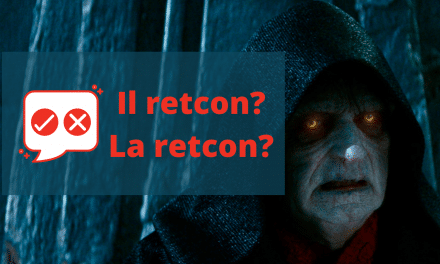 The retcon or the retcon? Linguistic reflection