Have you already read the review of episode 6 of Alicization? You can find it Thu

After the full-bodied information period, we catch our breath in the spectacular Utopia of Underworld, ready for new action and observing what awaits us in a new light.

The episode opens with Kirito and Eugeo. On a morning of rest, the two friends take the time to converse and rethink the past, allowing us spectators to understand the progress of the two adventurers.

We find out that two years have passed since the simulation point of view since Kirito arrived in Underworld and that the two boys arrived in the capital city of Centoria after leaving Rulid, honing their swordsmen skills while working as farmers and having won the Zakkaria Fencing Tournament, obtaining the right to access the fencing academy necessary to acquire the title of Knight.
Their apprenticeship, for a year now, consists in acting as a page to more advanced study companions, who take on the role of mentor.
We then meet Kirito's mentor, Sortiliena, the academy's second most skilled swordswoman, about to finish their studies.

Eugeo, on the other hand, is under the guidance of the Golgorosso swordsman, who is briefly shown and described as a skilled and capable mentor, without the possibility of meeting him in this episode.

During the night we witness Kirito's reflections, and what he has learned in the last two years about the Underworld system which, unlike a normal role-playing game, does not determine the abilities of those who live in it perfectly numerically but determines three characteristics : health, the Object Control Authority and the System Control Authority.
The Object Control Authority determines, as we have already seen with Blue Rose, how difficult it is for a person to handle a specific object: if the value of the object exceeds that of the person, the object will be heavy and difficult to use, otherwise the exact opposite will happen and the object will be very light and easy to handle.

The System Control Authority, on the other hand, determines the entity and level of Sacred Arts, which we know to be direct modifications of the system by the Fluctlights through administration commands, which can be used by the person: the higher it is, the more the system can be manipulated by the person who wishes to do it.
Despite the technicalities, however, these two components of Underworld are not particularly different in their functioning from those of a VRMMO.
What Underworld differs from Sword Art Online, Gun Gale Online or Alfheim Online is the possibility of influencing the parameters through a strong mental image, a factor that had already influenced the progress of the clash between Kirito and the goblins: the trust, the ego and the security of victory amplify the individual power of those who manage to maintain these beliefs in a tangible way, an understandable ability given the nature of the Fluctlights and the entire system.

Kirito associates with this specific peculiarity the extraordinary strength of Sortiliena, whose confidence derives from the education of a high-level swordswoman that she has received since she was a child.
The following day we witness a training duel between Sortiliena and Kirito, where the mentor, armed with a sword and whip, dominates his page, quickly disarming him.

Despite Kirito's progress and his inability to keep up with his mentor, Sortiliena expresses his belief that Kirito is not actually fully expressing his abilities, revealing to him that he initially chose him having sensed a certain affinity between their fencing styles but that, over time, she realized how much Kirito is keeping hidden from his "Aincrad Style", which is why he never managed to defeat the aspiring knight.

Kirito promises to fully reveal his skills the following day, although it is forbidden to practice, as a gift for the conclusion of his training course.

In dealing with the plants that Kirito started to cultivate, discovering a new hobby, Eugeo opens up revealing his concerns about what Kirito will decide to do once his memories are recovered. Admitting to see his friend as a point of reference without which he would never have been able to leave Rulid and leave for the adventure that is leading him to become a knight, a perplexity on which Kirito reassures him by promising him that even if he should recover the his own memory would not abandon his friend to his destiny without whom he would never have been able to reach the capital.

The following day the two go to the local blacksmith to collect the work commissioned from him a year earlier, finding the man rather angry because of the six grinding wheels, normally able to last three years before wearing out, consumed in forging what has been to him ordered.

Let's find out what Kirito had brought with him when he left Rulid: the most solid and vigorous branch of the Gigas Cedar, the demonic tree, to make it a great sword.

The blacksmith with some effort, brings his new creation to his customers by dealing on the price of the sword: if Kirito proves to be able to move a sword with the sword created, he can have it for free, underlining how heavy it had become once completed, a detail that we know how to depend on the Object Control Authority of the weapon.

Kirito observes his new sword, which reminds both Kirito and us spectators of the famous Elucidator that the boy used during the first series, showing that he can handle it rather easily.

After securing the weapon for free, Kirito sets off to test his sword's abilities, testing the ability to use Sword Skill with more than two hits, which he was unable to do with other swords.

In attempting a Sword Skill of more than five shots, however, Kirito stumbles by raising the slush that Uolo Levantein, the best swordsman of the academy, conveniently drops on his uniform as an excuse to approach Kirito and, with the excuse of punishing him for not having exercised with the sword when he could not have done so but for the lack of respect for the student of higher rank, challenge him to a duel with real weapons.

Contrary to what Kirito expected, the proposed rules are those of the first contact in which the first of the two contenders to receive a real blow from the opposing sword is declared defeated. This duel, however, given its danger, is authorized only if both contenders agree to use these rules.

Kirito, without the slightest concern, accepts Uolo's terms, preparing for the upcoming clash, which will take place in the next episode.

First of all, it is necessary to explain that the authors have decided to cut out the Tournament of Zakkaria, which in the original Light Novel occupies an entire chapter and which, probably, would have required two episodes to be adequately adapted, both because it is the most "expendable" part of the story ( its sole purpose is, after all, to explain how Kirito and Eugeo entered the Academy) and the amount of material they have to adapt to the number of episodes available to them.

This explains the exhibition component of the dialogue between Kirito and Eugeo at the beginning of the episode, inevitable if you wanted to give a clear idea of ​​the context and what happened in the two years that we missed.

By cutting the Tournament, however, we missed the introduction of a character and the Fencing Styles that are used in Underworld, as well as the ability to intelligently get around some of the Taboo Index rules with a little creativity.

These elements, however, will have other spaces to be introduced and the non-introduction of the Styles could also be a choice consistent with what has been done so far by not naming the Sword Skills.

This time jump catapults us directly into the Fencing Academy that gives the episode its name, introducing the character of Sortiliena (or "Liena") and his particular style, as well as sporadic appearances of other characters who will certainly have a more incisive role in this part of history, like the two nobles seen in the canteen who will clearly be antagonists to Kirito and Eugeo, given their typical design that Kawahara assigns to all his villains.

We are also shown the creation of Kirito's new sword, highlighting the excellent design of the swords in this adaptation, all detailed and worthy of being called unique and special weapons at first glance compared to the more common and regular swords that can be seen in Underworld.

The importance of the flowers cultivated by Kirito is put somewhat in the background, but it is hinted that the boy's intent is a test rather than a mere amusement.

It is also particularly interesting the notion that emphasizes a person's will by linking him with his skills, more than what happened in previous virtual environments, however giving meaning to events that happened in the past clearly attributable to this feature and leaving us in suspense if their possibility had been discovered accidentally or if it was intentionally within Kayaba's projects.
Despite the criticizable though understandable narrative choice on the tournament, the episode remains fluid and always presents stimulating narrative cues, such as the choice, which could go unnoticed, to show the top of the tower of the Church of Axiom when Kirito concludes his reflections on what the influence of an individual's willpower on Underworld may be extensive.
The next episode "The pride of a swordsman" promises from the outset that action, at least so far, has always been a pleasant presence of entertainment. 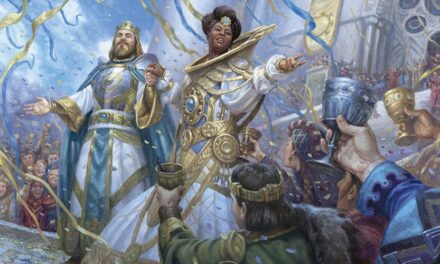 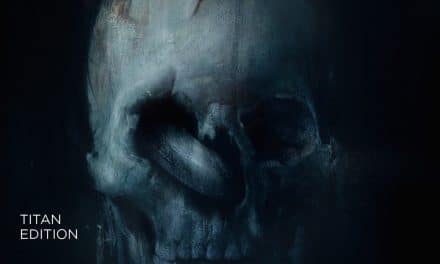 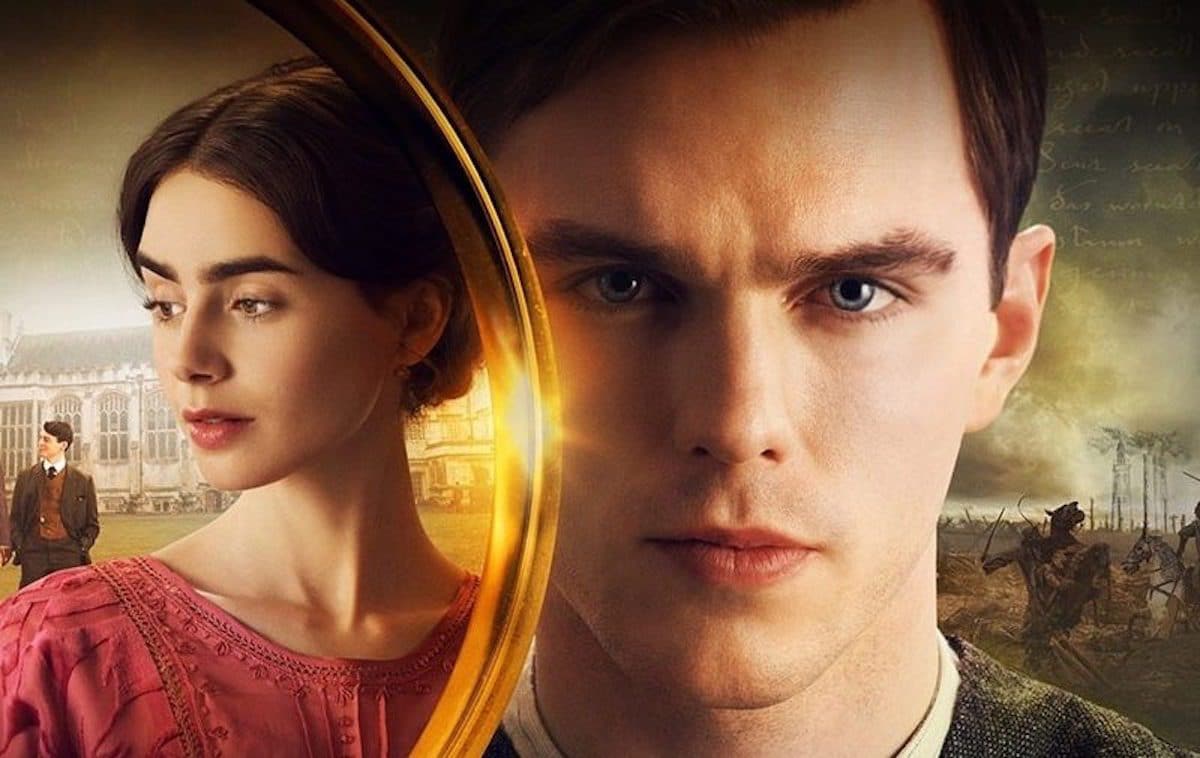