"Chronicles of Stardust City" is the fifth episode of the series, "Picard", marked CBS and Amazon Prime, set in the Star Trek universe.

Mid season has gone away, too much, too quickly, so much to say and so little time. Well, not bad! If you missed something, we invite you to read the previous episodes in such a way as to silence the gossips who say how detestable this show is if you have no previous knowledge.

Don't worry, we'll help you. We are here on purpose.
Meanwhile, you can find in these articles what has happened so far: Brief introductory guide, Episode One, Episode Two, Episode Three, Episode Four.

Let's not waste time! There is so much, too much to say about this episode.

Borg, a plant is forever

The episode “Chronicles of Stardust City”, as this series has accustomed us by now, opens with an overview of the past. Right from the start the quotes are wasted. The action takes place on the planet Vergessen of the Hypatia system. So first there is the name of the planet, which in German, means "Forget", as far as the name of the system is concerned, Hypatia or Hypatia in our language, this was a mathematician, philosopher and astronomer of Greek origin who died , following a riot perpetrated by Christian monks in Alexandria in Egypt.

After this preamble we see a scene a bit 'gore, as they have been seen from time to time in Star Trek. On an operating table we see a Starfleet officer who is undergoing the same treatment as the Borg on the Artifact, and sadly for us, he is an old acquaintance from "Star Trek: Voyager": Icheb.

Icheb, one of the four Borg drone children who had joined the Voyager "Collectivity", now grown up, has taken his place in the ranks of the fleet and, unfortunately for him, has fallen victim to what appears to be a black market for plants. of Borg drones. Mortally wounded, he asks Seven of Nine for a quick death and as she performs this merciful act he whispers: "I'm sorry ... my son".
Now, for no one knows what reason in Italian they translated the dialogue in a completely different way, but now we are used to it, aren't we?

Before we get to the heart of the episode we have a second flashback, closer to the time of the series. On Freecloud, in a cellar worthy of the worst port of Mos Eisley, an aged and “different” Bruce Maddox (they changed the actor who played him, as well as for the character of Icheb) looking for help.
But what is Bruce offered to drink? Of the Tranya. This liqueur was included in the Star Trek universe in the episode "The gimmick of Carbonite", the second episode of the classic series, broadcast as the eleventh in our country. It is not only Kirk who appreciates the taste, but also Odo in "Star Trek: Deep Space Nine" hosting Kurzon Dax's consciousness during a Trill ritual.

Having recovered, Seven of Nine meets Picard playing his Chateaux. Jean-Luc is inquiring about Freecloud and on the screen we can see the silhouette of an Orion dancer dancing. It is not the first time we see an Orion maiden on the show: the first appearance of these irresistible, to the human race, women, occurred in the classic series, in the pilot episode "The Zoo of Talos" and later, in various episodes of "Enterprise".

During the confrontation between Picard and Seven of Nine, we can sense how much the woman has changed. During his time on the Voyager he was unable to absorb alcohol molecules, so much so that he got drunk on a single flute of champagne. Now, instead, he gulps down glasses of smooth bourbon as if nothing had happened. Life must have hardened it. The conversation, as always when Picard is around, moves to existential issues and he obviously demonstrates all his moral superiority. Despite these differences, Seven of Nine decides to help Jean-Luc in his search.

The arrival on Freecloud is anticipated by the arrival of… advertisements. On an "independent" planet where you can find everything, personalized advertisements are a must. Each has their own: from the “Boliano Rosso” for Rios, to the drug salesman for Raffi. The only one who doesn't have a specific ads is young Elnor, too young to have gone online.

The gang is ready to descend to the planet. After some preparations, the whole crew is given a fictitious identity, almost a character, to pass who as facilitator, in an exchange, who as prey, who as space pirate. And guess who's got to put the eye patch and put up with this "quarrel"? But it is clear, to Jean-Luc Picard! A damask dress, an eye patch, a black tie and like his possible ancestor Pierre le Picard, and he's all set to turn into a pirate.
But Stardust City also contains various easter eggs as we can see in the image below.

On the left side of the image you can see a room with the sign "Dabo Tables". Dabo is a board game developed by Ferengi that we got to see in action over and over on the Deep Space Nine station. Also from that series we see a reference to Quark, the small and enterprising Ferengi who seems to have managed, in the end, to open his chain of venues around the galaxy. Could he have also managed to buy that moon he so desired?

In full view, in the center, we see an old acquaintance of ours. Mot, the Bolian barber, who for years did the hair of the crew on the Enterprise-D; no doubt about it, he too has come a long way. His greatest work of art, in terms of hair, was the hairstyle for Data when, together with Picard, they embarked on a mission to Romulus to make contact with Spock during the episode "Unification: Part 1 and 2" (ne we had already spoken in an old article).

It must be said that Quark is the master in the episode. It is mentioned a second time during the presentation made on Rios by the Beta Annari, Vup and here the Breen, opponents of the Alpha and Beta Quadrant Alliance against the Dominion are also mentioned. This reptilian-looking thug is a new entry into the Star Trek Universe.

His race has nothing to do with that of the Delta Quadrant Annari that we had got to know during the voyages of Voyager, he has the role of destroyer of my theory, which I had expressed in the previous article, on Rios. In fact, if in the previous article I theorized that Rios was a hologram, in this the captain of "La Sirena", before teleporting to Stardust City, receives an injection, and already here it is a bit difficult to do it to a hologram, but it is when Vep, after sniffing his breath, realizes what Rios ate, that the house of cards collapses.

Two reflections on the Guardians of Fenris and conspiracy theories

Seven of Nine collaborates with the Guardians of Fenris. But who is Fenris and why was this name chosen? Here too human mythology is recovered. Fenris is a giant wolf from Norse mythology, son of Loki and the giantess Angrboða. The choice of name is indicative for these self-elected guardians of the Neutral Zone. Think about it. Romulans, Romulus and his brother Remus breastfed by a she-wolf, so it can only be a wolf to protect the borders of a now fallen area.

Yes, because the Neutral Zone, after the destruction of Romulus (and consequently also Remus) by the supernova, completely changed the balance in the Alpha Quadrant, allowing the emergence of crypto democracies, full of thieves and evildoers, as on Freecloud, or those of Bjeyzl took power.

I wouldn't have been surprised to see other Starfleet characters not comfortable with the built-in power. It would have been interesting who, Tom Paris, or Ro'Laren.

I would also like to talk about conspiracy theories. No, no chemtrails, mind control waves, flat land, vaccines and good company.

No, I'm talking about the conspiracy theory of which Raffi is certain. A plot hatched by the Romulans and other powers in the sector to ban synthetics. Think for a moment about the name / number of the synthetic F-8 (F-eight / Faith). Hope. Hope for what? A better future? Recovering productivity after interstellar tragedies? Instead, the synthetics attacked Mars. But where does this plot to remove the synthetic organism from the Universe come from? Many see a connection with known Control in the second season of "Star Trek: Discovery", an artificial intelligence, or a computer that wants to exterminate all organic races from the universe. Who knows, maybe in the next few episodes we will understand.

After rescuing Maddox, Jean-Luc and Seven of Nine discuss what has happened. Picard is always the same tireless optimist when he wants to, full of hope in a galaxy where it seems to have vanished when the United Federation of Planets withdrew its aid to the Romulan Star Empire.

The question that Seven of Nine poses to Picard was very intriguing, asking him if he felt he had recovered his humanity after being assimilated and, to the answer "yes, but not all", the misunderstandings between the two seem to smooth out. However Seven of Nine, after taking two phaser rifles from the ship and to the tune of “Star Trek: Voyager”, teleports back to the surface to do summary justice of Bjeyzl and his henchmen. We hope to see Seven of Nine again before the season ends.

The ending left many puzzled, especially for the strong and raw scene of Maddox's death. Honestly, I wouldn't have expected anything less. Agnes Jurati, from the first moment, did not seem worthy of trust, but with her throwing the mask away, perhaps we will be able to understand something more about this "Conclave of the Eight" of which Raffi seems to know something.

Conclusions on "Chronicles of Stardust City"

For the second consecutive week we see Jonathan Frakes directing which turns, in my humble opinion, a beautiful episode, albeit with a couple of problems in the dialogues, in particular in the relationship between Raffi and his son.

"Chronicles of Stardust City", is fun, compelling and, at times, gigantic. However, many have badly tolerated the lack of hope, always present in the franchise, and the strong violence of the last minutes.
I am therefore forced to spend two words on violence. Violence in Star Trek has always existed and has always been present. No race of the various quadrants is excluded. Various episodes dealt with more or less blatant issues of violence, brutality, torture and any other kind of aberration. There were also gore and horror episodes, especially those with Vidiani.

So what to say? The classic sterile and unnecessary controversies. A product may or may not like you and you are more than entitled to look no further if you don't feel comfortable or welcome your tastes, but believing that a product does not evolve over time is as childish as a thought. 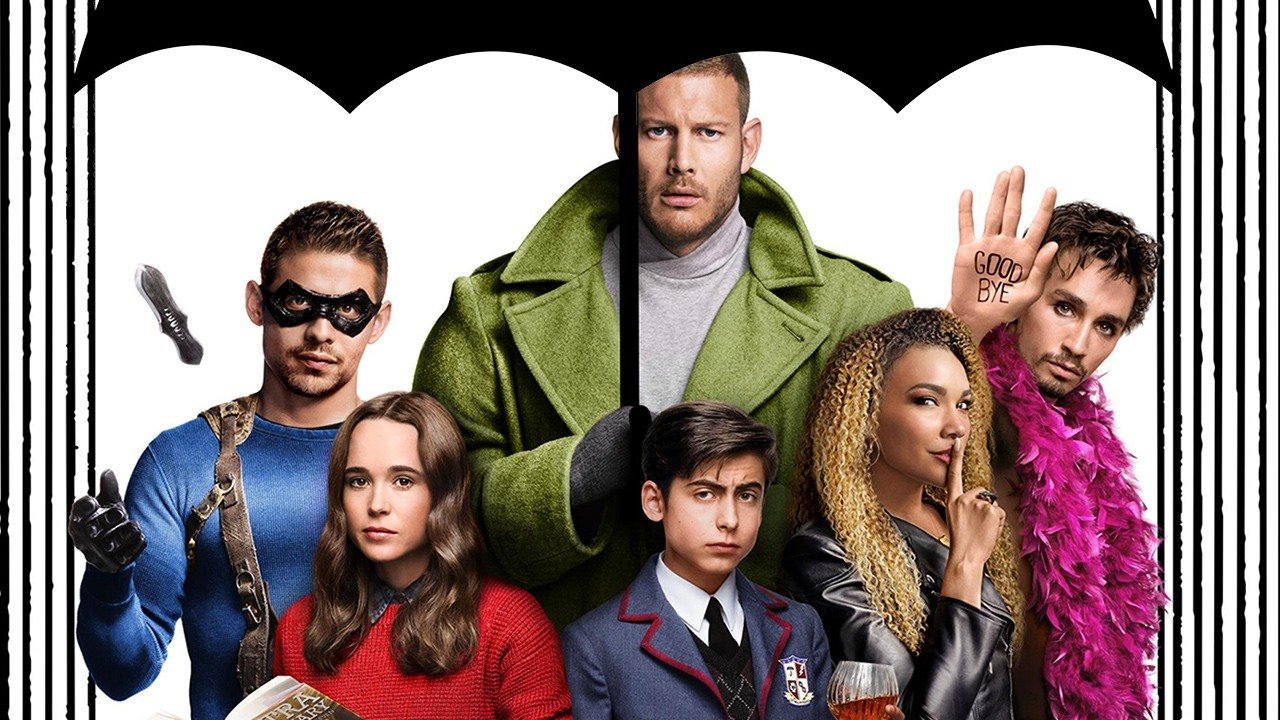 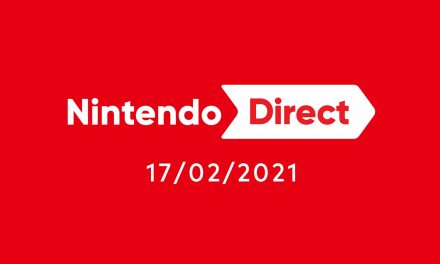